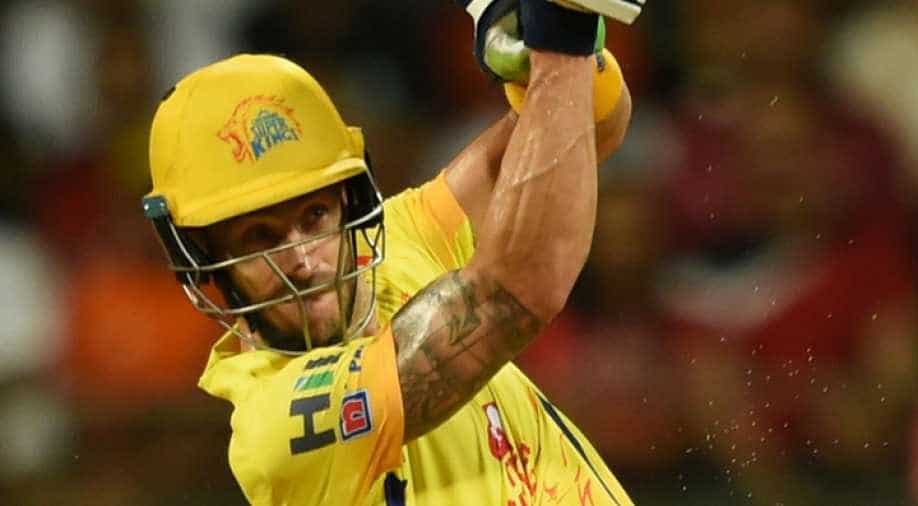 Faf Du Plessis plays a shot against Hyderabad during the 1st IPL 2018 qualifier. Photograph:(PTI)
Follow Us

There was a moment when Chennai was 62-6 but South African star batsman Faf du Plessis played a responsible innings and snatched the match from the hands of Hyderabad.

For his splendid batting at a crucial time, Faf was given "Player of the Match" award.

"It's nice to make a contribution tonight. I reflected on the games I've played here in Mumbai. It's a stadium I've enjoyed playing," said South African batsman Faf du Plessis.

He also added that he shocked that how the team "win that game."

He praised the bowling attack of Hyderabad's team with a special mention to spinner Rashid Khan.

Although, du Plessis' 67-run knock was the sole reason for Chennai's victory but Shardul Thakur's 15-run knock off 5 balls did the icing on the cake and confirmed the victory. Earlier in the match, MS Dhoni had won the toss and opted to bowl.