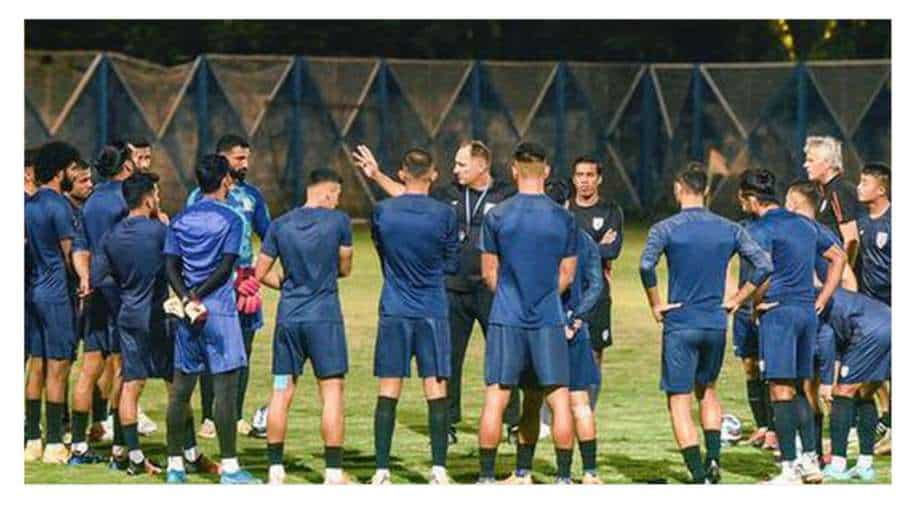 Sunil Chhetri-led India were on a roll from their first game itself, beating Cambodia 2-0 before they edged past Afghanistan, 2-1, and demolished Hong Kong 4-0 to top their group. Following their qualification into the next round, it has been revealed that astrology also played a part in their dominant performances.

It has come to light that the All India Football Federation (AIFF) went a step ahead to ensure India's smooth ride in the AFC Asian Cup Qualifiers and splurged INR 16 lakh (INR 1.6 million) on an astrology agency -- from South Delhi on a three-month contract -- hired to "motivate" the national team and confirm its berth in the 24-team Asian Cup final.

"A motivator was appointed for the National team ahead of the Asian Cup. Later on, it came to light that the company which was engaged, was an astrological firm," a team insider told PTI. "Plainly speaking, an astrologer was appointed to motivate the team. Huge payment to the tune of ₹16 lakh was made," the source added.

A team in Asian Cup qlfs didn't depend on skills alone. An astrologers' co. was paid Rs. 16 lakh of fed money by an official to ensure team's good luck. Later the co address was found fake. But the team won. Official was asked to go on leave. How interesting @IndianFootball

It is believed that the astrologer took as many as three sessions with the team. However, a Kolkata-based player stated, "At least I've not heard of this as I joined the team late." On the other hand, Sunando Dhar -- who is the acting AIFF general secretary -- was unavailable to share his response on the same.

After India's memorable run in the qualifiers, Wion's Sports Editor had a chance to interact with India's vice-captain and goalkeeper Gurpreet Singh Sandhu to dwell upon the national side's historic achievement. "Definitely (moment to celebrate). We all should be very happy and grateful. It was very very important period for Indian football. I think all the hardwork showed and extremely happy to qualify for the Asian Cup again. Back-to-back qualification definitely motivates us," Sandhu had said while joining virtually from Mohali.