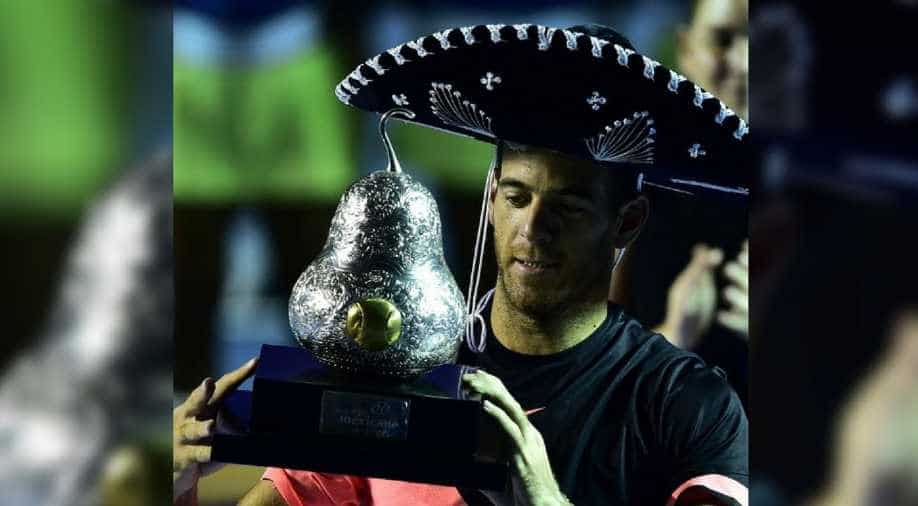 Del Potro defeated the hard-serving Anderson 6-4, 6-4 in the final to claim his first title of 2018 and post his seventh-straight career victory over Anderson.

The 29-year-old Del Potro recorded his 21st career ATP title but this is one of his biggest in years and the earliest he has hoisted a trophy since the 2014 season.

The Argentine won the title by battling through a tough draw that included a trio of top 10 players.

Del Potro has owned Anderson on the hardcourts ever since their first meeting in 2011 in Delray Beach, Florida that he also won 6-4, 6-4. Since then, they have squared off in Vienna, Valencia, Basel, Washington and Delray again with all the matches taking place on the hard surface.

Del Potro served masterfully on Saturday, blasting 12 aces and winning 78 percent of his first serve and 64 percent of his second serve points in the one hour, 40-minute match.

Del Potro managed to hold serve throughout the match and broke Anderson twice.

Anderson, of Johannesburg, had his eight-match winning streak snapped and was coming off a title at the New York Open.

On the women's side, Lesia Tsurenko successfully defended her WTA Mexican Open title by rallying from a first set loss to beat Stefanie Voegele 5-7, 7-6 (7/2), 6-2.

The seventh-seeded Tsurenko hit two aces and won 64 percent of her first-serve points coughing up 10 double faults as she was broken six times.

At one stage she was just three points away from defeat in the second set, but she hung on and has now won at least one title each year since claiming her first in 2015 at the Guangzhou, China tournament.

The unseeded Voegele, who was playing in her first final, blasted four aces and had her serve broken seven times.