Darya?Klishina only Russian athlete to be cleared to compete as 'neutral' at Rio 2016 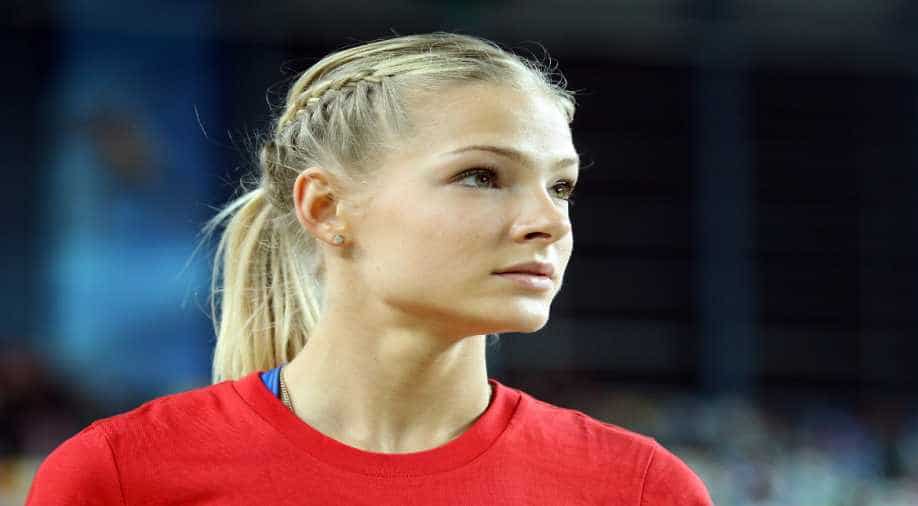 Among those rejected were gold medallist pole vaulter Isinbayeva and world champion hurdler Sergey Shubenkov, trainers for the two athletes both based in Russia confirmed. Photograph:( Getty )

Follow Us
United States-based long jumper Darya Klishina became the first Russian athlete today to be cleared to compete at the Rio Olympics, but the fate of pole vault star Yelena Isinbayeva was still up in the air.

The IAAF (International Association of Athletics Federations), which has suspended the Russian track and field team over state-sponsored doping, said it had given the go-ahead for Klishina to compete in international competition as a 'neutral', ahead of the Rio Games next month.

"The IAAF Doping Review Board has today agreed that Russian long jump athlete Darya Klishina meets the exceptional eligibility criteria to compete in international competition as a neutral athlete," the IAAF said in a statement.

"The Doping Review Board received a total of 136 applications from Russian athletes seeking exceptional eligibility to compete in an individual capacity," the statement said.

The Russian Olympic Committee said that of the 136 who applied to the IAAF to compete, only Klishina had been accepted.

"Rejections have come for everyone, except for Klishina," Alexandra Brilliantova, the head of the Olympic Committee's legal department, told state-run TASS news agency.

Among those rejected were gold medallist pole vaulter Isinbayeva and world champion hurdler Sergey Shubenkov, trainers for the two athletes both based in Russia confirmed.

Russian track and field stars, including Isinbayeva, still hoping to go to Rio now hope that the Court of Arbitrations for Sport (CAS) will overturn the blanket ban.

Russia, last month, had its suspension over allegations of institutionalised and pervasive doping upheld by the IAAF, athletics ruling body.

But it left the door ajar to some Russian competitors not tainted by doping to compete as neutrals in Rio.

CAS said Monday it will decide whether to overturn the ban by July 21, two weeks before the start of the Rio Games.