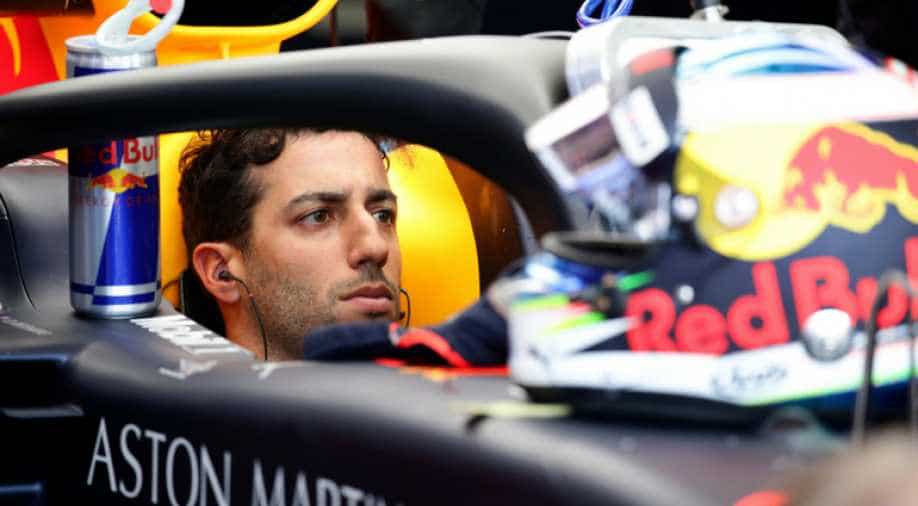 Australian Daniel Ricciardo will end his long relationship with&nbspRed&nbspBull&nbspand join Renault on a two-year deal next season in a surprise announcement that jolted Formula One ahead of its August shutdown.

The move, just when it looked a done deal that the 29-year-old would be staying put, is likely to trigger other moves around the paddock.

"It was probably one of the most difficult decisions to take in my career so far," said Ricciardo in a Renault statement. "But I thought that it was time for me to take on a fresh and new challenge.

"I realise that there is a lot ahead in order to allow Renault to reach their target of competing at the highest level but I have been impressed by their progression in only two years," he added.

"And I know that each time Renault has been in the sport they eventually won."

Red&nbspBull&nbsphad earlier set the ball rolling by announcing the Australian was leaving.

The deal will take him through to the brink of a new era, with a wholesale revamp and new engine regulations set for 2021.

Ricciardo had wanted a two-year deal to keep his options open and on a par with top drivers, including four-times world champions Lewis Hamilton at Mercedes and Ferrari's Sebastian Vettel, who also have contracts up to 2020.

Twice a winner this season, he had been linked to fourth-placed Renault and McLaren in media speculation but both were seen as risky options for a man hungry for titles.

So too was staying put at&nbspRed&nbspBull, however, with the former champions switching from Renault to Honda power next season.

Red&nbspBull&nbspwon four championships in a row with Renault between 2010 and 2013 but have since fallen out and Ricciardo's decision to stick with the French engines, despite his frustration over their performance, will sting.

"We would like to thank him for his dedication and the role he has played since joining the Team in 2014, the highlights of course being the seven wins and the 29 podiums he has achieved so far with us."

Ricciardo had been out of contract at the end of the year but any hope of joining champions Mercedes disappeared&nbspwhen they retained Hamilton and Finland's Valtteri Bottas.

Glamour team Ferrari showed no obvious interest either in an extrovert fan favourite, famed for his permanent smile and thrilling overtakes.

"Daniel's signing underscores our determination to accelerate our progress towards the forefront of the sport," said Renault F1 managing director Cyril Abiteboul.

"It is also a recognition of the work accomplished over the past two and a half seasons. Daniel's undoubted talent and charisma are a huge bonus and statement for the team."

He could return to the&nbspRed&nbspBull&nbspfold alongside former Toro Rosso team mate Verstappen but has also been linked to McLaren, where he could form an all-Spanish line-up with Fernando Alonso.

The situation also closes a door for Mercedes-backed Frenchman Esteban Ocon, who had been tipped for a move from Force India to Renault after the former team went into administration.