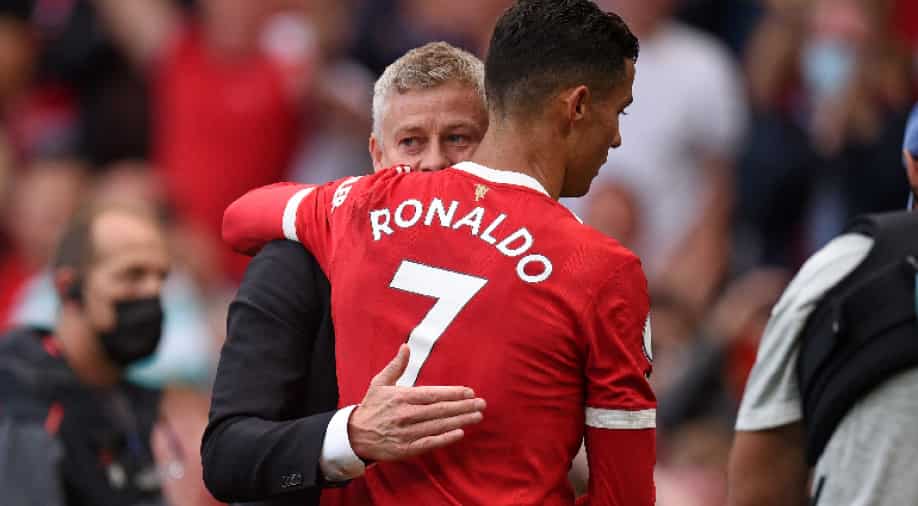 Manchester United superstar Cristiano Ronaldo has paid a heartfelt tribute to Ole Gunnar Solskjaer after he was sacked as the manager of the club on Sunday (November 21).

Manchester United on Saturday confirmed the sacking of manager Ole Gunnar Solskjaer after a string of poor results for the Red Devils in the Premier League. Despite boasting of one of the best squads in the Premier League this season, United are currently sitting at the eighth spot on the points table with only 17 points from 12 matches in what has been a woeful season so far.

Manchester United were humiliated 4-1 by Watford in the Premier League on Saturday which led to Solskjaer getting sacked by the club after a trophyless stint of three years. Solskjaer had joined United as an interim manager in December 2019 before being appointed permanently in March 2019.

On his departure, Manchester United superstar Cristiano Ronaldo took to social media to pay tribute to Solskjaer and called him an 'outstanding human'. Ronaldo recalled the time he had played with Solskjaer for United when the Norweigan was plying his trade for United as a striker and wished him luck for his future.

"He’s been my striker when I first came to Old Trafford and he’s been my coach since I came back to Man. United. But most of all, Ole is an outstanding human being. I wish him the best in whatever his life has reserved for him. Good luck, my friend! You deserve it," Ronaldo wrote in a social media post.

Manchester United finished third in Solskjaer's first full season in charge of the club before finishing second behind title winners Manchester City last season. However, Solskjaer, who had often been criticised for not being a tactical manager, lost the plot in his third full season and struggled to turn it around after a string of poor defeats against the likes of Liverpool and Manchester City among others.

Former Manchester United midfielder Michael Carrick, who was Solskjaer's assistant during his tenure, is likely to be the interim manager for their upcoming game against Villarreal in the Champions League on Tuesday. United are looking for a permanent option with a number of big names like Zinedine Zidane, Erik Ten Hag and Brendan Rodgers among others in contention for the top post.