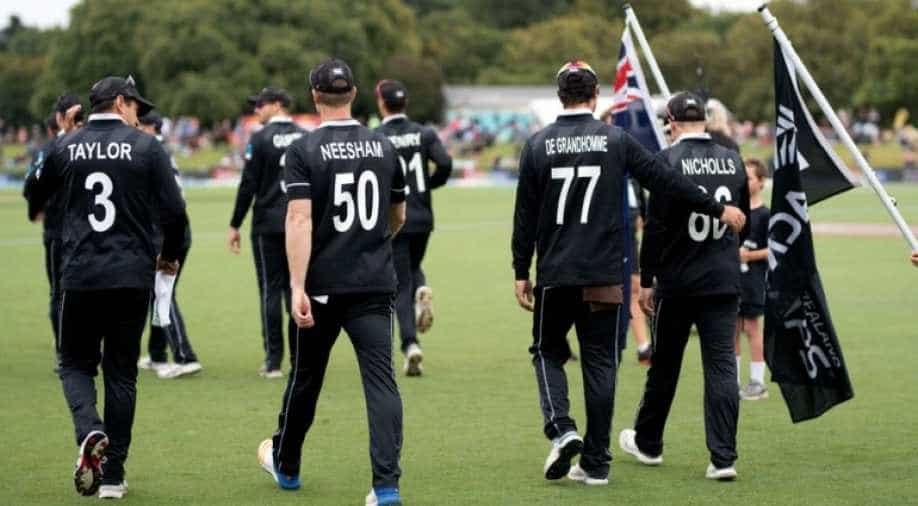 In 2015, in the similarly nondescript surroundings of Hagley Oval in Christchurch, the two teams played the first match of the World Cup

There’s a slight sense of déjà vu about New Zealand versus Sri Lanka in Cardiff, game three of the ICC Cricket World Cup 2019.

In 2015, in the similarly nondescript surroundings of Hagley Oval in Christchurch, the two teams played the first match of the World Cup. Like Hagley Oval, Sophia Gardens is surrounded by a perimeter of thick trees, their dense foliage acting as a pleasant backdrop to a small ground which is, a day before the match, populated by the Sri Lankan and New Zealand cricket teams, a fistful of reporters, a few from the TV crew and of course an array of ICC support and hospitality staff.

For added effect, the sky above is nearing a slate grey much as it was a day before New Zealand and Sri Lanka began the last World Cup four years ago.

But that’s where the similarities end, even though the Black Caps skipper Kane Williamson admits it is a bit of a coincidence that his team is again opening their World Cup campaign against Sri Lanka.

Four years ago, Williamson played the World Cup under the inspirational captaincy of Brendon McCullum and had a fairly muted tournament with the bat. McCullum is of course retired and Williamson is the captain of New Zealand, with a 34-29-2 record in ODIs.

His batting has remained as classy and dependable as it was under McCullum, and now Williamson will lead New Zealand against Sri Lanka in their opening match at Cardiff on Saturday.

Asked to look back at 2015, Williamson found the situation different but could identify a similar rush of positivity.

“Naturally a little bit different just being different seasons, I suppose. The last campaign we were playing a lot of cricket in our home summer, I guess in some ways preparing for the World Cup which was also at home,” he told reporters on Friday.

“Being over in this part of the world heading into winter at home meant it was a little bit different. We had IPL guys who were playing cricket in different parts, which was a good thing, and so we were able to make sure we were getting cricket in. There was some cricket in Australia. Everybody was playing, which was nice. I guess the difference between playing months together and then going into World Cup versus perhaps not and guys being quite excited to get back together as a group is still a positive thing.

“It [2015 World Cup] was a lot of fun and we really enjoyed that tournament. I guess we come to now and so many things are different and have changed and different personnel on both sides. I guess it’s coincidence that we’re playing each other again in our first matches. But, yeah, the focus is very much on our team, the sort of cricket that we want to be playing, the attitudes we want to be taking into the first match, and that’s where we’ll place our importance.”

New Zealand go into the World Cup after gap of a few months, having ended their home season in February. This year, in ODIs, they have swept Sri Lanka and Bangladesh 3-0 and lost to India 1-4, all at home. Post the Bangladesh series, some of their players went to play in the IPL. They are back together in England, having beaten India and lost to New Zealand in their two World Cup warm-ups.

Their opponents, Sri Lanka, have in 2019 been whitewashed by South Africa 0-5 after the winless tour of New Zealand. Most recently, they won an ODI against Scotland. They are a team flying very low under the radar, chiefly because of poor form and inconsistency, chopping and changing and the fact that their new captain, Dimuth Karuraratne had, before the aforementioned Scotland match, not played an ODI since the 2015 World Cup.

Smart man that he is, Williamson did not go anywhere near venturing to say that New Zealand have the upper hand over an opponent they last lost an ODI to in … wait for it … 2015.

“I don’t know how much the past really counts as we come into a tournament. It is on the day,” said Williamson. “We know in this competition that any team can beat any of the other teams, so we’re certainly treating all our matches like that. We want to bring the focus back to the cricket we want to play day in and day out.

“Naturally when you go through the tournament you play one country and you might have two or three days, play another country on another surface, and you’re trying to, I guess, stay up-to-date with the different I suppose plans that you’re adjusting with the different opposition.

“But our focus is much about the cricket that we want to play. We know the Sri Lankan side is a little bit different to the one we played at home, but we have no doubt they’re a tough side.”

So far, the sense of déjà vu lingers. Whether Sri Lanka smash that on Saturday with victory over New Zealand remains to be seen.