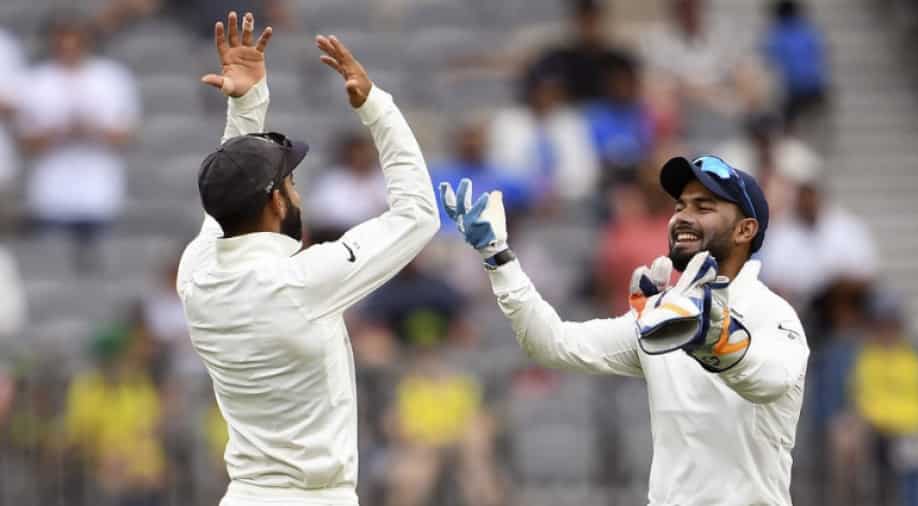 Virat Kohli referred to the commitments of Rohit Sharma, KL Rahul, Rishabh Pant, and Jasprit Bumrah in the first Test as instances of teamwork.

Virat Kohli commended wicketkeeper-batsman Rishabh Pant. Virat Kohli said Pant, who scored a 20-ball 25 in the first Test, is an intelligent cricketer with a capacity to adjust to any circumstance.

“He has the capability to carry on and play long innings. He is intelligent if you are looking to save the Test, he will play like that. And if the game is 50-50, he will take the chance and change the game," he said while addressing the pre-match press conference.

"That is how he plays and that is who he is. We want him to be that way. From Rishabh, we expect that he plays the innings that change the momentum of the game and take that balance towards us. He is going to play this way," he added.

Indian captain Virat Kohli has excused concerns encompassing Ajinkya Rahane's batting form. He said Team India are not focussing on singular exhibitions but rather on how well they play as a unit.

Virat Kohli's perceptions come ahead of India's second Test against England, which begins on Thursday. He referred to the commitments of Rohit Sharma, KL Rahul, Rishabh Pant, and Jasprit Bumrah in the first Test as instances of teamwork.

"I do not think that is an area of concern. Our basic focus is not to think about where are people individually at the moment. Collectively, how much strength they bring into the team is our focus," he said.

"As a batting unit, we are looking to perform in difficult conditions so that we are in winning positions and someone is going to put their hand up every game. In the last match, KL Rahul, Jadeja, Bumrah, Rishabh with the cameo, they were outstanding, 'he added.

"Rohit gave us a solid start as well so look people are going to contribute every now and then. You need to understand as a side, what is the best batting outfit you can present on the park," he concluded.