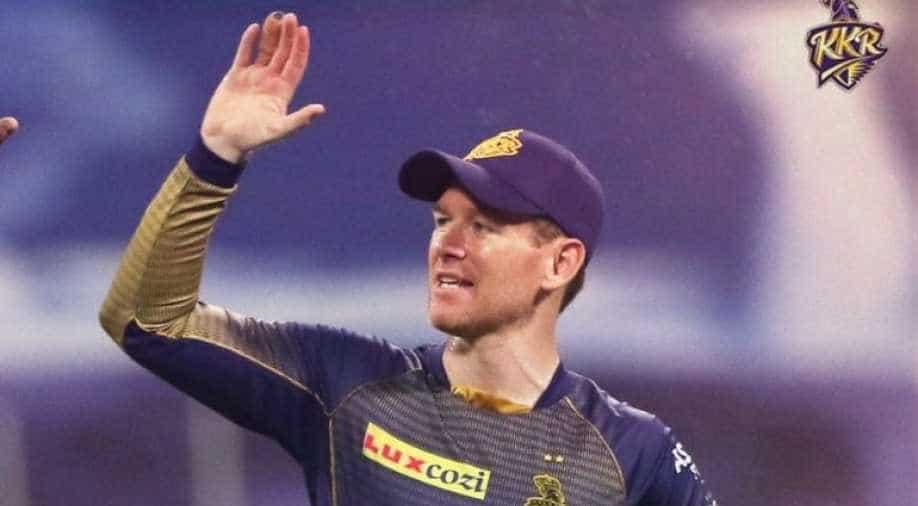 During a conversation on Twitter in 2018, Morgan and Jos Buttler used the word ‘Sir’ to mock Indian fans and the English duo was joined by former New Zealand skipper McCullum. Notably, Morgan is the captain of KKR while McCullum is the head coach.

The conversation resurfaced on social media platform after England debutant Ollie Robinson was suspended, pending investigation, from international cricket for his sexist and racist historic tweets dating back to 2012-13.

“We don’t know enough about it to comment at this time. Let’s wait for the process to be completed to get all the facts before we jump to any conclusions. Just to reiterate, the Knight Riders organisation has ‘zero tolerance’ for any sort of discrimination," KKR CEO Venky Mysore told Cricbuzz.

Meanwhile, the England and Wales Cricket Board (ECB) has emphasised on its strict take agai nst discrimination and said it will discuss how to proceed on such instances of past comments.

“Since we were alerted to offensive tweets last week, a number of historical social media posts by other individuals have been questioned publicly as well," Cricbuzz quoted an ECB spokesperson as saying.

“There is no place for discrimination in our sport, and we are committed to taking relevant and appropriate action where required. Given the concerns which have been raised are clearly now broader than a single case, the ECB will discuss how we deal with issues over historical social media material in a timely and appropriate manner."

“Each case will be considered on an individual basis, looking at all the facts. We will assess cases with the ECB before making further statements," the spokesperson said.