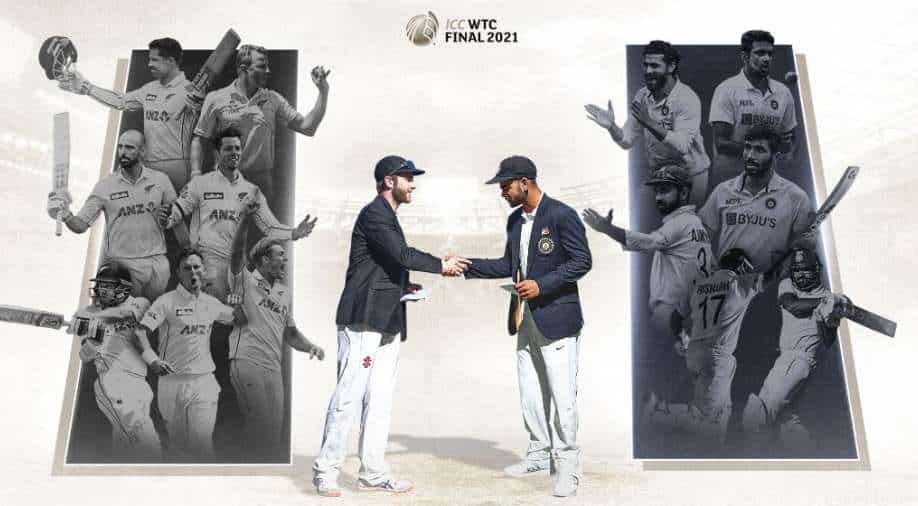 'I think it is pretty evenly matched there': Brett Lee on who has the edge in the WTC Finals.

As we move towards the first-ever World Test Championships, one can't consider two more equitably coordinated with sides than India and New Zealand. The Kiwis have featured in the finals of the last two ICC Cricket World Cups, while India has routinely made it to the knockouts of ICC occasions.

Brett Lee, the previous Australia quick bowler feels something similar, and keeping in mind that he accepts that India, with a squad loaded up with champions, will put on an act in the WTC finale beginning at the Ageas Bowl in Southampton from June 18, he predicts the challenge to be 'evenly-matched.

In an interaction with the International Cricket Council (ICC) Brett Lee said:

“Well, it is a tough one, you would have to see which bowlers can produce on this surface. And when you spoke about the Indian Test line-up, that will be on show; they have got some amazing talent as do the Kiwis. So, I think it is pretty evenly matched there.”

India arrived in the UK on Thursday where they will isolate prior to entering the bio-bubble. Then again, New Zealand are now playing England in the initial Test match at Lord's, which will be trailed by an additional subsequent Test. So while there might be nothing to pick between the two teams, Brett Lee feels Kane Williamson's NewZealand could hold the edge over India based on the accompanying reasons.

“I am thinking though with the experience of New Zealand because they have bowled in conditions which are similar back home, you talk about the ball moving around, you talk about something in the wicket, there will be a bit of something, it may be conducive to fast bowling, to swing bowling. So that is where I think that the Kiwis might have an advantage purely from that fact. Now from a batting point of view, both sides have got batsmen that can play against swing bowling. But I think it comes down to bowling. I think whichever team bowls best will win the Test match final.”

India's significance to world cricket is notable. Everywhere in the world, players are retiring from the test format for the wealth of T20 leagues, for India's skipper to be so enthusiastic about the 5-day game is a blessing in disguise. His craving and inspiration to act in Tests and win large away arrangement can be found in his words and activities.

“Both captains would want to raise a trophy at the end. In terms of the Indian skipper, Kohli, he is such a dynamic player, such a great influencer for the team, world-class batter. We know that that's a given. But I think that with his emphasis on how important Test cricket is to him, and his team, and his nation, it is going to weigh in very heavily on him and that will improve his performance. We know that Kohli steps up on the big occasions. And, as you mentioned, he wants to see his side be the first winners of the ICC World Test Championship. It means a lot to him. And I think that will be the talk. Once everything is said and done, once the preparations are done, when they arrive there when the quarantine is done, just before they walk out, I think that will be the last comment - Let us enjoy it but let us become the first side to ever to win this ICC World Test Championship!.” – Brett Le said.

The Virat Kohli-Kane Williamson strife is in its fifteenth year. Indeed, it was not in the 2008 Under-19 World Cup where everything started. It began in an informal Test match in Lincoln in January 2007. Virat Kohli and Kane Williamson filled in height as they arose as two of the best batters in the game. They have differentiating personas and have had numerous significant on-field duels throughout the long term yet keep on sharing extraordinary brotherhood off it.

“Yeah, they are different. Kane is a lot more conservative without being boring. He has got a great cricket brain. I spent a fair bit of time with Kane recently and enjoy his company. I think he has got a wonderful cricket brain. I admire his level of calmness. And that is why I said that he is not a boring captain. He is a conservative captain, but attacks when he needs to. And he attacks when he feels it is right. Because he is patient, and it works for him and his team. Look at the other side of the ledger, and you look at Kohli, he is more of an aggressive captain. There is no right or wrong answer to any of these because I have played under captains who are conservative and captains who are too aggressive. But this is going to be a great opportunity to see which one comes out on top because they are different. At the end of the day, they are two amazing cricket brains. And that is what I respect. So yeah, it is going to be exciting to see who comes out on top.”