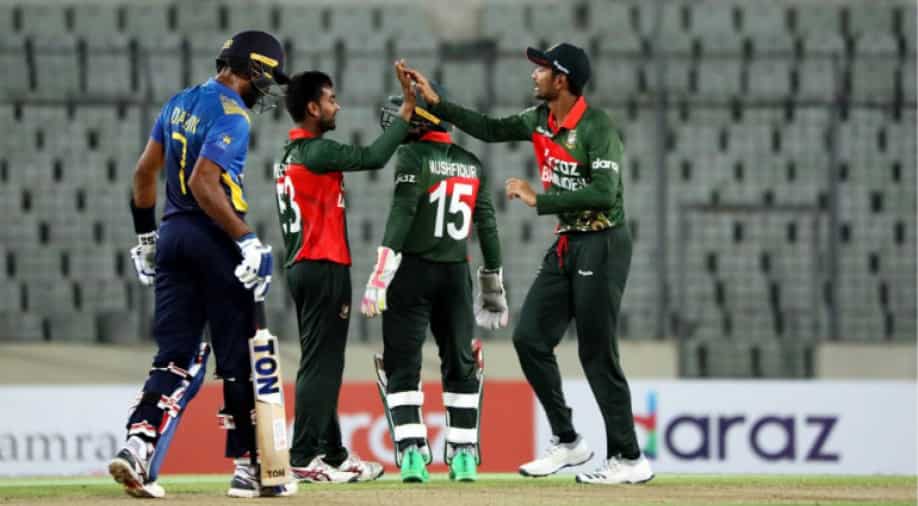 Bangladesh Cricket Board president Nazmul Hasan has vowed to build the bio-bubble carefulness after a COVID-19 alarm that compromised the continuous Bangladesh-Sri Lanka series.

Bangladesh Cricket Board president Nazmul Hasan has vowed to strengthen the bio-bubble after a COVID-19 alarm in the Bangladesh-Sri Lanka series.

Billows of vulnerability drifted over the arrangement after Sri Lankan players Isuru Udana and Shiran Fernando, bowling coach Chaminda Vaas and two of Bangladesh's calculated staff tested positive for Covid. However, Vaas and Udana went on to test negative.

In any case, BCB stays sure of the series will go on as scheduled. The initial ODI match went on after players other than Fernando tried negative after a test on Saturday.

“It can happen at times someone getting positive, but there is a protocol in place what we need to do and how many times we need to do the test to make sure that he is negative," said Nazmul Hasan as quoted by Cricbuzz.

“We are following the protocol, and we feel nothing serious happened that we need to panic. But definitely, we will increase our vigilance. Fernando recovered from COVID very recently, the PCR may have detected the dead RNA from the virus, many individuals have it on them up to 28 days," he said.

Repeating the assumptions of Bangladesh opposition, Sri Lanka's group chief Manuja Kariyapperuma communicated his satisfaction with the game plans made by BCB. The report cited him as saying:

“Yes, we had two players, and one support staff member that tested positive, but two of them were declared negative after the second test, so these things happen. There is a thing you know, false-positive reports, and I think it might have been that. The facilities offered to us are good, that is more than adequate, and we made use of the facilities that were afforded to us and looking forward to a very good series”.

There has been a great deal of talk worldwide about the players' psychological wellness due to the bio-bubble. Nazmul Hasan likewise recognized something very similar and expressed it was the same for their national team because of consistent cricket.

“I don’t know about the others, but it’s very difficult for us. There are two reasons, as each country has its own culture. About us, we are used to working closely with the players. The second thing is the way the players need to practice before going on a tour, this is not prepared at all" - he said.

“If we consider each match, we went to New Zealand, followed by playing Test matches at home, and played ODIs and T20Is in New Zealand. Then on coming back, completing the quarantine process, we went to Sri Lanka to play Test matches, and now we are taking on Sri Lanka" - he added.

Bangladesh won the initial ODI against Sri Lanka in Dhaka by 33 runs. The second of the three-ODI arrangement will be played on Tuesday.