Cricket- 'Anderson vs Kohli has been quite a contest', says Inzamam-ul-Haq 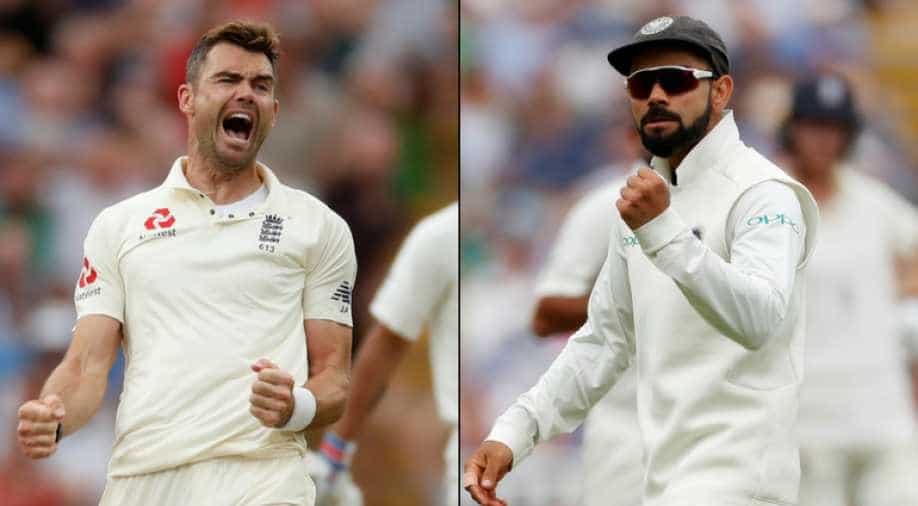 However, the veteran bowler got the better of him in the first Test, but skipper Kohli will be rearing to take his revenge in the second innings.

Virat Kohli and James Anderson renewed their on-field rivalry on Thursday during the Day 2 of the first Test between India and England. Skipper Virat got out on a golden duck after he failed to read the swing off Anderson's delivery.

40-year-old Jimmy Anderson is regarded as a legend in terms of a Test bowler, whereas, Virat Kohli is one of the best batsmen in modern-day cricket.

However, the veteran bowler got the better of him in the first Test, but skipper Kohli will be rearing to take his revenge in the second innings.

Former Pakistan captain Inzamam-ul-Haq feels that this legendary battle will go on throughout the series and the momentum will keep swinging.

"Anderson vs Kohli has been quite a contest over the years. It was there in the beginning, then we did not get to see it for a while but whenever these two have come across, Anderson has been able to dismiss him 8 to 9 times," Inzamam said in a video on Youtube.

"But Virat played him well last time at Trent Bridge, so now we will get to see this riveting battle throughout the series. Both are big players, world-class players, so momentum will keep swinging," he added.

Team India ended at 125/4 on Day 2 and are still 58 runs behind England's first innings total. KL Rahul and Rishabh Pant will be looking forward to extending the innings and take a lead against the hosts.