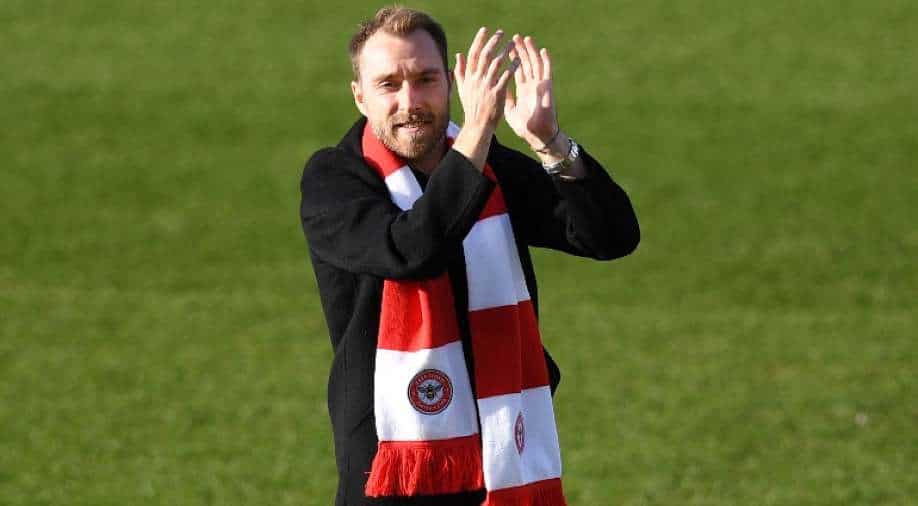 Christian Eriksen applauds the fans from the pitch ahead football match between Brentford and Crystal Palace. Photograph:( AFP )

Eriksen, who joined Brentford as a free agent in January, played nearly 80 minutes in a friendly match behind closed doors, eight months after a cardiac arrest on the pitch during a European Championship match.

The 30-year-old floated in a corner that was headed in from close range by Zanka to put Brentford ahead.

Manchester United loanee Amad Diallo then scored twice to give Rangers a 2-1 lead, before Eriksen's free kick was turned in by Tristan Crama to level the match.

He also recorded an assist in a friendly against fifth-tier club Southend United last week.

Eriksen's former club Inter Milan ended his contract in December as he is not allowed to play in Serie A because of his heart starter device, an implantable cardioverter-defibrillator.

The former Tottenham Hotspur player said earlier this month he is determined to prove he is still the same player he used to be before the incident and was not afraid to play with the implanted device.

Eriksen will be hoping to make his first Premier League appearance for Brentford when they host Newcastle on Feb. 26.