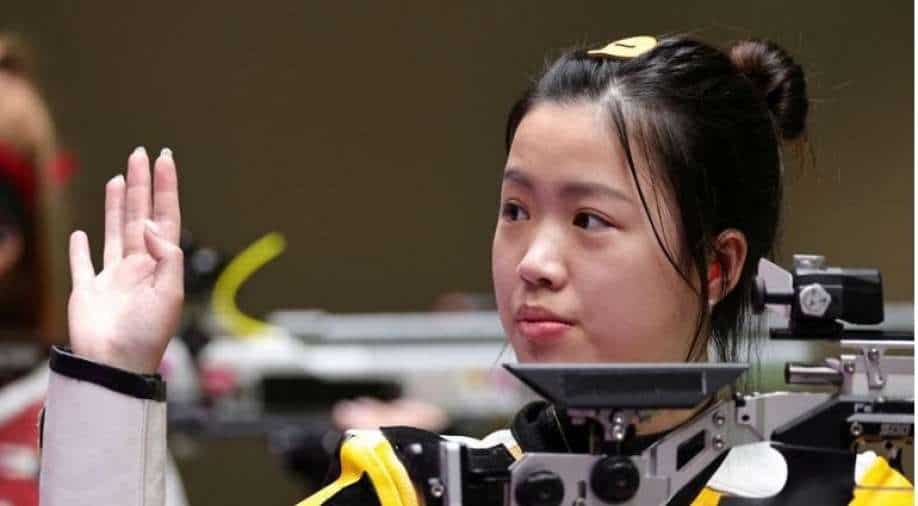 The silver went to Russian shooter Anastasiia Galashina and the bronze medal to Switzerland's Nina Christen.

The first gold medal of the Tokyo Olympics has been claimed by China's Yang Qian in the women's 10-meter rifle competition on Saturday (July 24). Yang won the elusive medal with an Olympic record score of 251.8 as she finished ahead of Russia's Anastasiia Galashina. Switzerland's Nina Christen picked up the bronze medal.

Switzerland's Christen was knocked out on 230.6 points winning the first bronze medal of Tokyo 2020. After that, it's a straight shoot-off between Anastasiia and Yang for gold.

In their first shots of the final set, it was 10.7 for Yang and 10.8 for Galashina. The Russian shooter had a 0.2 lead overall going into the last shots but she managed only an 8.9 – her lowest score of this final. Yang shot a 9.8 and won the gold medal.

Previously, Norwegian Jeanette Hegg Duestad had set an Olympic qualifying record of 632.9 to reach the final but finished just outside the medals.

Congratulations to the first medalists of #Tokyo2020 #UnitedByEmotion | #StrongerTogether | @ISSF_Shooting

On the other hand, Indian shooters were disappointed as Elavenil Valarivan finished at 16th (626.5) and Apurvi Chandela finished 36th (621.9), hence, failed to qualify in the 10m air rifle women's qualification round.