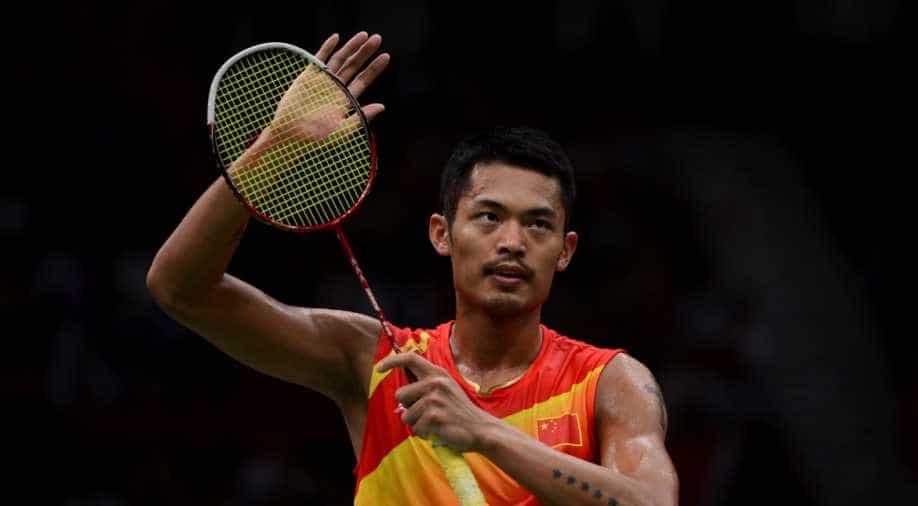 The Straits Times reported that the photos were posted by a popular Weibo author 'Detective Zhao'. Photograph:( Getty )

Chinese badminton star Lin Dan apologised for cheating on his wife after a Weibo user posted photos of him on the celebrity gossip website with a 'mystery women' , South China morning Post reported.

Dan admitted to cheating on his wife Xie Xingfang days after his she gave birth to their first child and apologised on Weibo with a message in Chinese.

"As a man, I do not make any excuses for myself, but my actions have hurt my family. I apologise to them here," The Straits Times, a Singapore English daily, reported. The couple got married in 2012.

The Straits Times reported that the photos were posted by a popular Weibo author 'Detective Zhao', who said the photos were taken in October. One gif showed them hugging in a hotel room.

The woman was identified as Zhao Yaqi, a model and actress.

"A shameless mistake has sent you to hell from heaven. No matter how outstanding your achievements are, you will fall short of being a father and a husband! Sorry, super Dan, this is unforgivable - you have neglected your responsibility as a man!" a Weibo user, Duo Duo Wa Bai Cai.