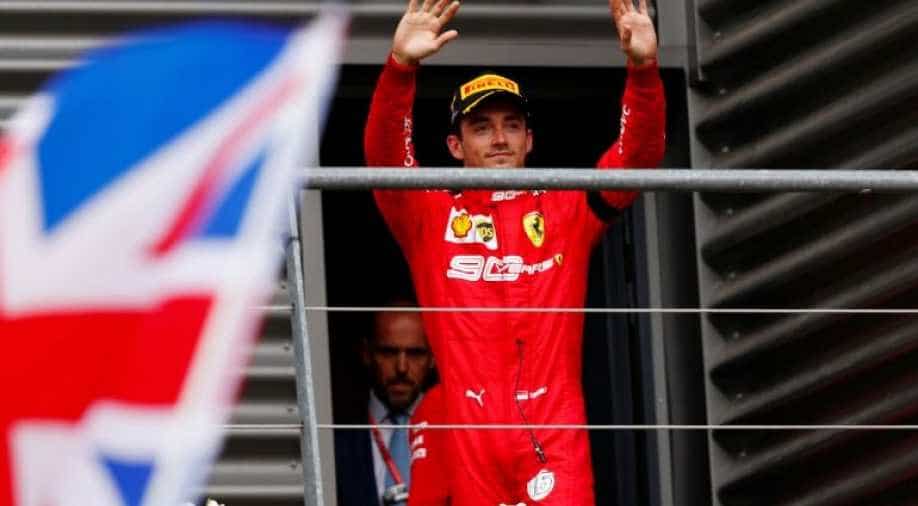 Ferrari and Monza are both celebrating 90th anniversaries this weekend, with a big crowd already on Friday despite the wet weather

Charles Leclerc again set the pace for Ferrari as the Italian team led a crash-strewn first practice for their home grand prix at a soggy Monza on Friday.

The 21-year-old Monegasque, on a high after his first Formula One victory in Belgium last weekend, lapped the historic circuit near Milan with a quickest time of one minute 27.905 seconds.

Ferrari and Monza are both celebrating 90th anniversaries this weekend, with a big crowd already on Friday despite the wet weather.

The morning featured three red flags and was hardly representative, however, with McLaren's Carlos Sainz and Lando Norris second and third on the timesheets and the track drying towards the end after heavy overnight rain.

Hamilton goes into the weekend with a 65 point lead over teammate Valtteri Bottas and all bets on where he wins the championship rather than whether.

Alfa Romeo's former Ferrari driver Kimi Raikkonen and Racing Point's Sergio Perez both crashed in the treacherous conditions while others spun later on, including Bottas who ended the session ninth fastest.

Raikkonen was first off at Parabolica with half an hour completed, while Perez hit the wall heavily at the Ascari chicane.

Toro Rosso's Pierre Gasly caused the final red flag when his car hit a kerb at the first chicane and briefly caused an obstruction, before being shoved clear by marshals.

Verstappen will drop to the back end of the grid due to engine changes, along with Gasly and Norris for the same reasons.