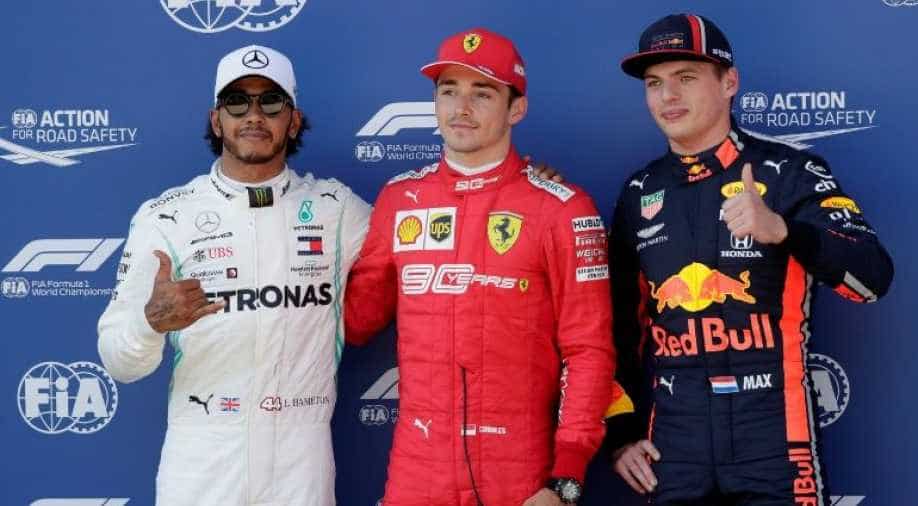 Charles Leclerc put Ferrari on pole position for the Austrian Grand Prix on Saturday with Formula One leader Lewis Hamilton second fastest for Mercedes but subject to a stewards' enquiry for alleged impeding.

The pole was the 21-year-old Monegasque's second of the season and Ferrari's first at the scenic circuit since Michael Schumacher in 2003. Austria was off the F1 calendar between 2003 and 2014.

Ferrari's Sebastian Vettel failed to set a lap time in the final top 10 shootout after a mechanical problem kept his car in the garage.

Leclerc has yet to win a grand prix since making his Formula One debut with Sauber, now Alfa Romeo, last year but came close in Bahrain where he also took pole position and led before a late engine problem.

"The car felt amazing," he said. "A big pleasure to drive this car on the limit. Very happy to bring the pole position back home."

Hamilton, 36 points clear of teammate Valtteri Bottas after winning the last four races, has a battle on his hands to secure his team's 11th successive win and ninth of the season.

"Congratulations to Charles, he's been quick all weekend," he said. "We've just really not been able to keep up with them this weekend.

"Max has been driving really well all weekend as well. I think it's quite cool to see three different teams in the top three positions," added the 34-year-old five-times world champion.

Ferrari said Vettel's car had suffered a problem with the air pressure line to the engine.

Bottas qualified fourth with Denmark's Kevin Magnussen fifth for Haas, although he will drop down five places due to a gearbox penalty, and British rookie Lando Norris sixth on the grid for McLaren.