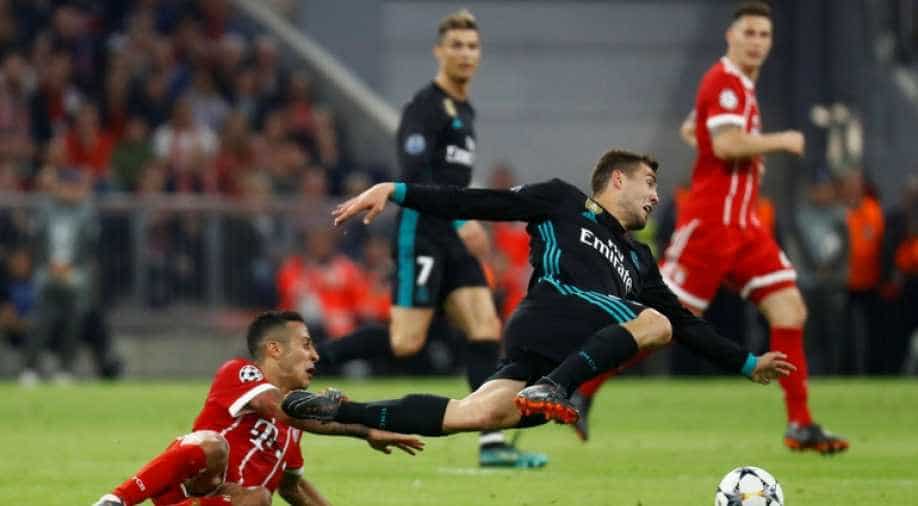 Injuries overshadowed the Bavarians as in the absence of star players, Bayern Munich suffered a tragic defeat by defending champions Real Madrid. Within few minutes after the kick-off, Munich got two major blows as their star player Arjen Robben limped off and was replaced by Thiago Alcantara and Jerome Boateng too got injured and was replaced by Niklas Suele in first half itself.

Although, Bayern dominated the entire game but two goals from Marcelo and Marco Asensio gave a 2-1 lead in the first leg semi-final of UEFA Champions League at the Allianz Arena on Thursday.

Joshua Kimmich scored in the 28th minute to gave an early lead in first half but just a few minutes later, the score was equalized by mesmerizing Marcelo to make it 1-1.

Real Madrid are looking forward to clinching UEFA title for the third consecutive time. Their intent was reflected in their performance as they were very accurate and balanced while playing against Bayern. On the other hand, Bayern had many chances but the conversion rate was very poor.

Although Bayern's winger, Franck Ribery was outstanding with his efforts and created many chances for the team they failed to recover from the Asensio's blow and despite having nearly 60 per cent of possession they could not find an equaliser.

The defeat snapped Bayern coach Jupp Heynckes's 12-game winning streak in the competition stretching back to 2013. Now, Real Madrid have two away goal advantage which will make the second led more intriguing.

Liverpool crushed AS Roma 5-2 in the other semi-final first leg on Wednesday.