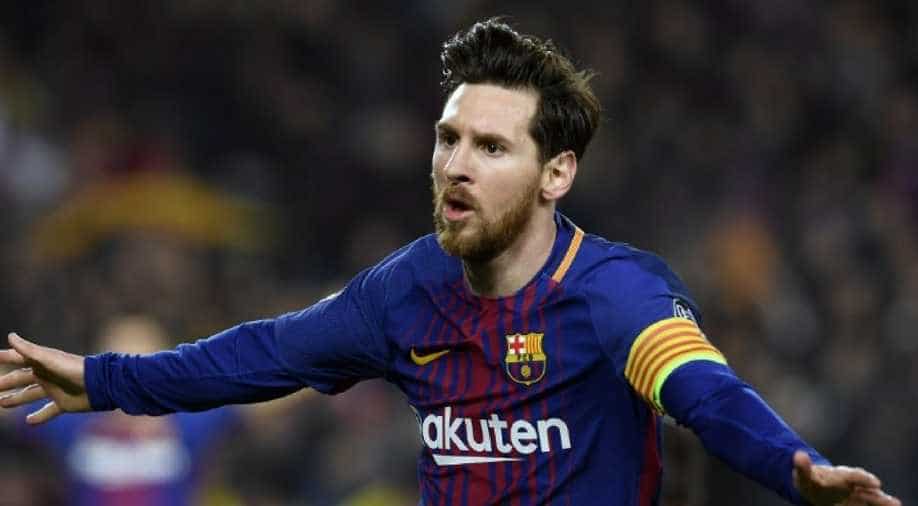 FC Barcelona thrashed Chelsea in the decisive second leg clash of the of the UEFA Champions League round of 16 at Camp Nou on Tuesday night/ Wednesday morning.

Barcelona hailed Lionel Messi as "The King" and he handed Chelsea the royal punishment by scoring twice to reach 100 Champions League goals and end their quarter-final hopes.

After unfurling a banner showing the words "God Save The King" before kick-off, Barca's fans were celebrating after just 129 seconds at the Camp Nou as Messi found the net before Chelsea had even made a pass.

He then teed up Ousmane Dembele to double Barca's lead in the second leg of the last-16 clash before registering a century of Champions League goals on his 123rd appearance to complete a 3-0 victory, 4-1 on aggregate.

Messi becomes only the second player to reach the milestone in Europe's premier tournament, following Real Madrid's Cristiano Ronaldo, who has 117 goals in 152 games.

"He knows in certain moments the stars have to come out," Barcelona coach Ernesto Valverde said. "We enjoy him. We're lucky enough to be seeing something that will go down in history."

By the end, the Argentinian's scintillating breakaway in the build-up to Dembele's first Barcelona goal had become little more than a footnote to what was another Messi masterclass.

"I think that a fantastic player moved the final result," Chelsea manager Antonio Conte said. "In these two legs, he scored three goals, he made an assist for Dembele to score a goal. It's a pity."

It also caps a remarkable five days for the 30-year-old, who sat out Saturday's La Liga win over Malaga to attend to the birth of his third child.

Chelsea, in touch after the 1-1 draw at Stamford Bridge, were therefore unfortunate enough to encounter the striker fresh, free and at his frighteningly brilliant best.

At the finish, Conte left the field with his arm around the forward, perhaps with nothing to add but congratulations.

"I think when you have the opportunity to make great compliment to Messi, I think it's right," Conte added. "It's right to recognise a super, super, super top player."

Conte's team had chances, particularly in the first half, but the sense was once Barcelona were in front they were content to sit back and counter.