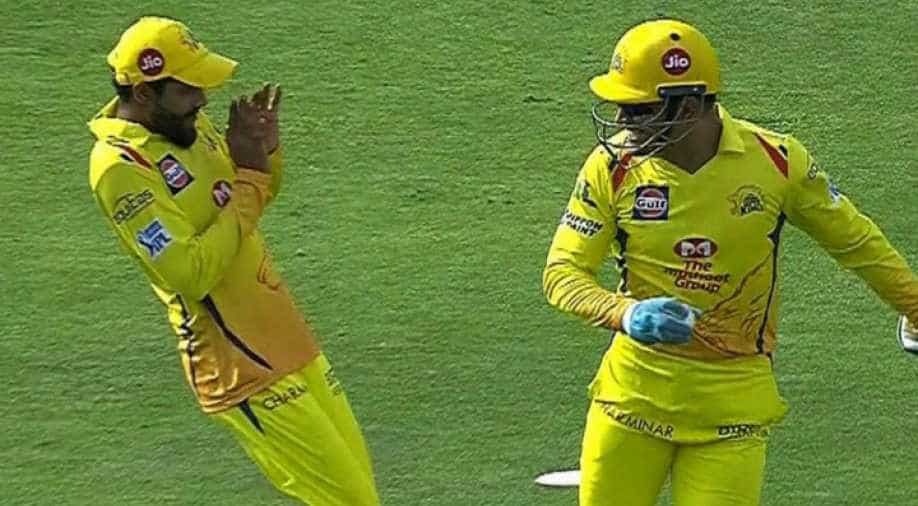 Although, Hyderabad have already qualified for the play-offs in the ongoing edition of Indian Premier League,&nbspteam Chennai are just an inch closer in contention.

The clash between the 'best chasers' (Chennai) and 'best defenders' (Hyderabad) gave an essence of the IPL 2018 finale with some bittersweet moments. And one cannot expect a dull moment when MS Dhoni is on the ground.

One such&nbsphilarious incident happened in the seventh over of the first innings when Hyderabad&nbspbatsman Shikhar Dhawan played a shot and wicket-keeper MS Dhoni ran after the ball.

He picked up the ball and gestured to throw on the face of Ravindra Jadeja, who was also approaching the ball at the same time. For a while, Jadeja got scared but ended up laughing on the funny act of skipper Dhoni.