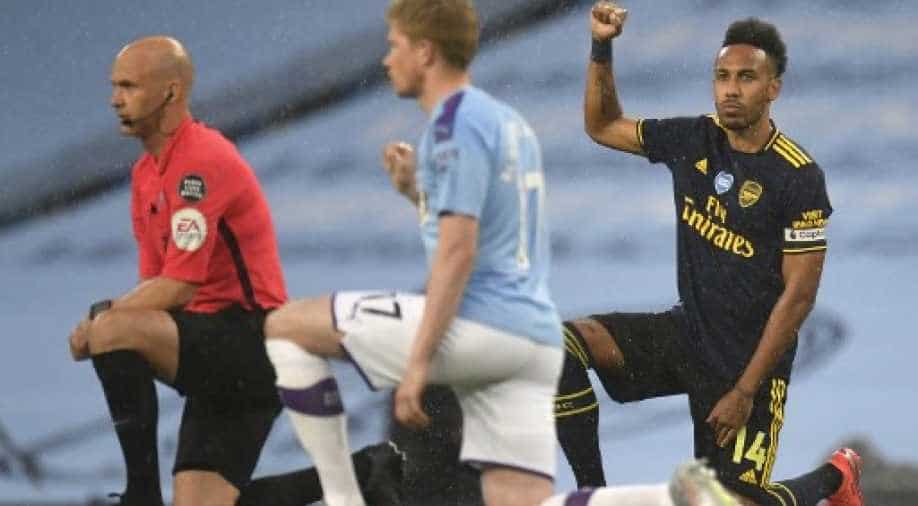 The English Premier League restarted after a 100-day break due to the coronavirus pandemic as Manchester City and Arsenal players took a knee in solidarity with Black Lives Matter protests sweeping the world after George Floyd's killing in Minneapolis by a police officer.

"We should send one thousand million messages for black people," the City Manager asserted.

Players and coaches from all four sides including  Aston Villa and Sheffield United who clashed on Wednesday took a knee for nearly 10 seconds with Black Lives Matter carved on the back of their shirts instead of their names.

Arsenal striker Pierre-Emerick Aubameyang raised his fist as he took the knee.

A minute's silence was also observed for those who lost their lives due to the COVID-19 pandemic including Pep Guardiola's mother who passed away recently.

Raheem Sterling who has been leading the fight against racism, said: "I see it as a massive step for the Premier League to allow something like that to happen, it shows we are going in the right direction."

"In the first Premier League fixture of Project Restart both clubs hope that the act of 'taking a knee' will send a strong message of unity," the clubs said in a joint statement.