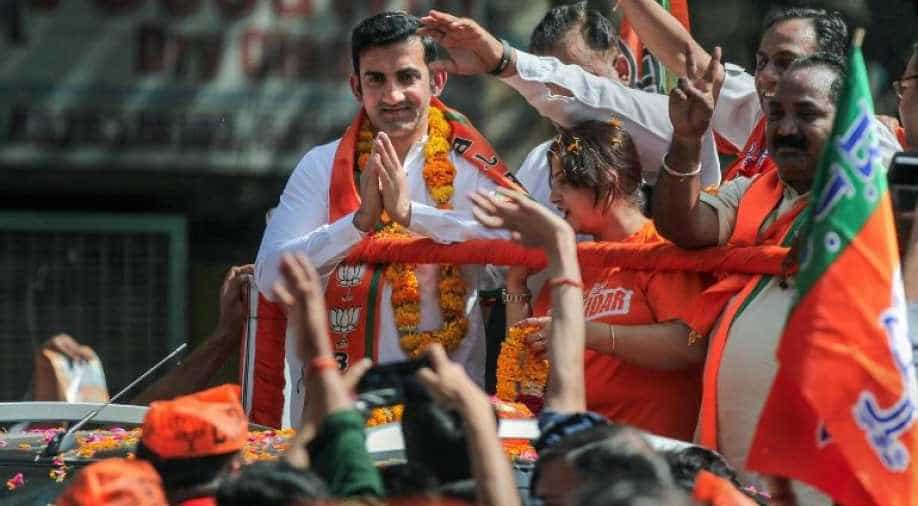 The former Indian cricketer and Lok Sabha contesting candidate Gautam Gambhir took a dig at opposition candidates as the counting of Lok Sabha 2019 polls was underway.

Currently, he is leading and likely to win. Gambhir thanked the party and promised that the party will not fail the mandate given by voters.

On his official Twitter handle, Gambhir wrote, "Neither it’s a ‘Lovely’ cover drive and nor it is an ‘आतिशी’ बल्लेबाज़ी। It’s just the BJP’s ‘गंभीर’ ideology which people have supported. Thanks a lot to all the @BJP4India and @BJP4Delhi team-mates for getting this mandate. We won’t fail people’s choice."

In another tweet, he wrote in Hindi that translated as, "In this election, Arvind Kejriwal has lost his principles and will lose the Delhi elections as well. Lotus will continue to bloom amid the chaos created by AAP."

Confident of emerging victorious on all the 7 seats in Delhi with five of its candidates breaking records in terms of leading with the highest margin ever, the BJP continued to dominate the trends while the Congress and AAP trailed at the second spot in five and two constituencies respectively.

"The counting is going on smoothly in all the seven counting centres. Till now we have not received any complaints or any information of disturbance at the counting centres. Also the law and order situation is normal in the city," Delhi Chief Electoral Officer Ranbir Singh said.