Bernal withdraws from Tour de France ahead of stage 17 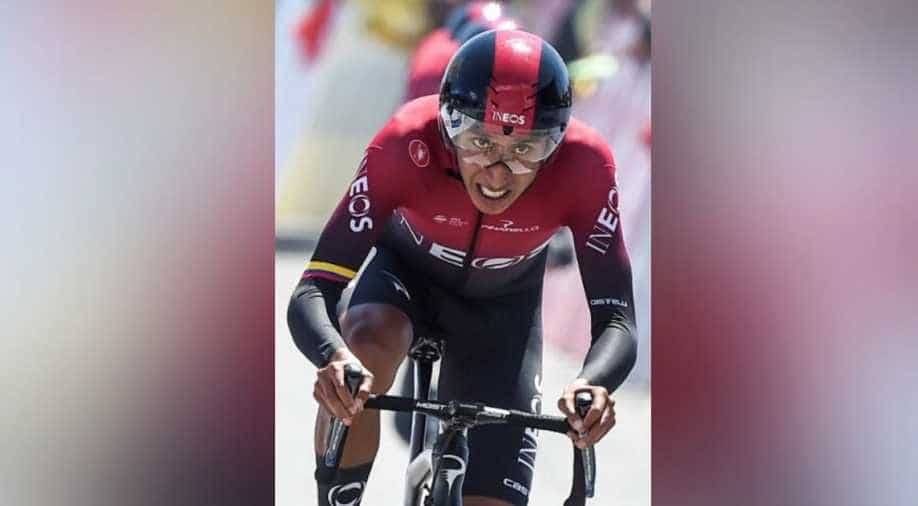 Defending champion Egan Bernal has withdrawn from the Tour de France ahead of stage 17, his Ineos Grenadiers team said on Wednesday.

Defending champion Egan Bernal has withdrawn from the Tour de France ahead of stage 17, his Ineos Grenadiers team said on Wednesday.

Bernal, whose hopes of winning the race fell away when he cracked in Sunday’s 15th stage, was dropped from the main bunch in the ascent to Saint-Nizier, suffering from back pains in Tuesday’s 16th stage won by Lennard Kaemna. [nL8N2GC5AJ]

Bernal had said that compensating for his back led to some discomfort in his knee.

"This is obviously not how I wanted my Tour de France to end, but I agree that it is the right decision for me in the circumstances," Bernal said in a statement.

“I have the greatest respect for this race and I am already looking forward to coming back in the years ahead.”

The 23-year-old will focus on his recovery from the Tour, and reset his goals for the rest of the season, his team said.

They did not specify the reason for his withdrawl.

“Egan is a true champion who loves to race, but he is also a young rider, with many Tours ahead of him and at this point, on balance, we feel it is wiser for him to stop racing.”

The Colombian had pulled out of the Criterium du Dauphine with back pains last month.