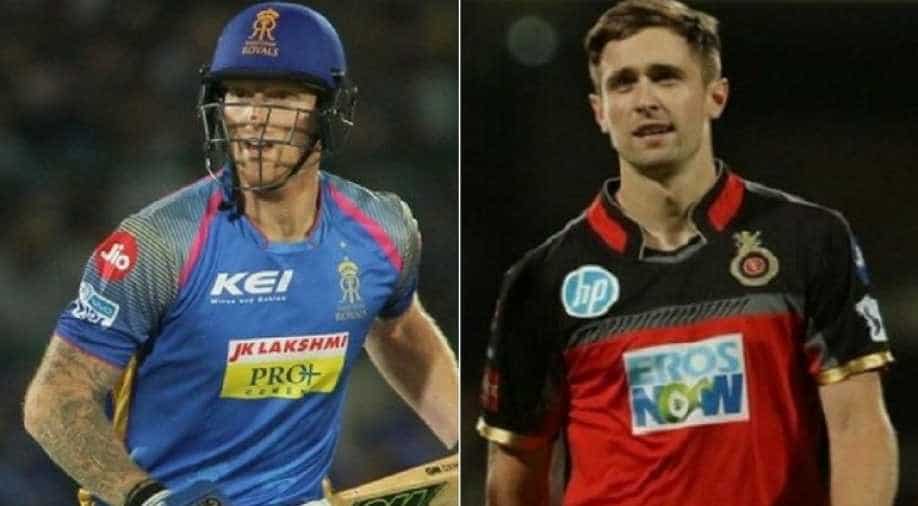 The eleventh edition of the Indian Premier League (IPL) is halfway through and three franchises' Bangalore, Chennai and Rajasthan faced a huge blow on Monday.

Before the tournament commenced, the teams had to bid adieu to a few remarkable players due to injury and now four more players will take an early exit due to their international commitments.

&nbspThe players are part of the English Test squad which is scheduled to play Pakistan in a two-match Test series starting May 24.

Considering that ECB will recall its players at least a week before the start of international fixtures, these four might leave the tournament by May 17.

While Stokes, Woakes and Wood are confirmed selection in England Test squad, Moeen Ali might be dropped. But the chances are quite less.

Talking about their IPL performance, Woakes failed to impress and got dropped from the playing XI.

Wood has played just one game and was dropped after he leaked 49 runs with no success.

Moeen Ali is yet to make his IPL debut and has warmed bench till now.

Meanwhile, Stokes, the costliest buy in IPL 2018 auction, has been a regular part of playing XI but has failed to impress.

He is yet to come up with a match-winning performance for his side.

Maradona, football legend, was a champion of Latin America's left