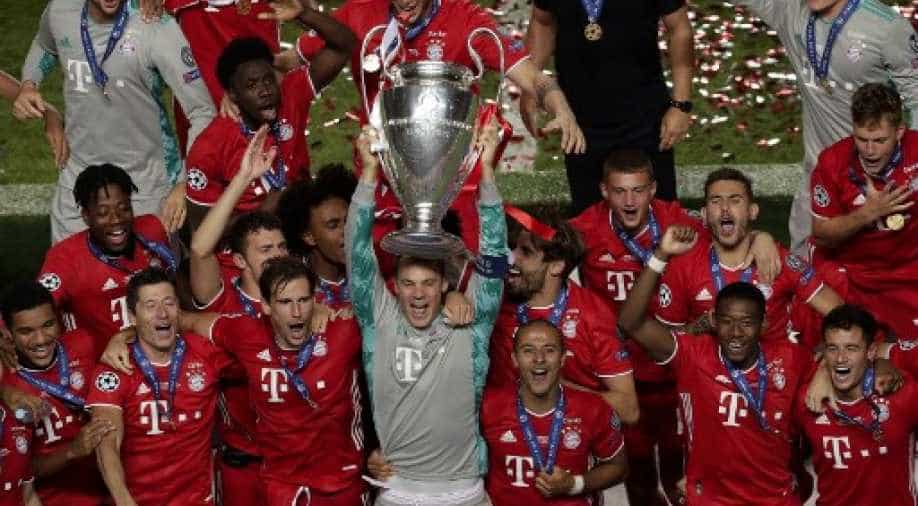 Bayern won the engaging final with a 1-0 margin after former PSG 24-year-old Kingsley Coman headed Joshua Kimmich's cross in the second half.

Bayern won the engaging final with a 1-0 margin after former PSG 24-year-old Kingsley Coman headed Joshua Kimmich's cross in the second half in the 59th minute.

"I am proud of the team. When I started in November, all the headlines were about 'no more respect for Bayern', but the way the team has developed has been sensational," Hansi Flick said.

"PSG have really good forwards, but we deserved to win the final," he added. Bayern has now won the treble clinching the Bundesliga and the German Cup earlier.

"This is the biggest day in my career," Kimmich said, adding,""Hansi Flick showed a lot of trust in us from the beginning," while celebrating victory. Bayern won all the games in the Champions League becoming the first team ever to do so while scoring 43 goals in the 10 games.

The German coach paid back the compliment, saying: "He's a former Parisian, he will undoubtedly have a little extra motivation and I chose him for his speed."