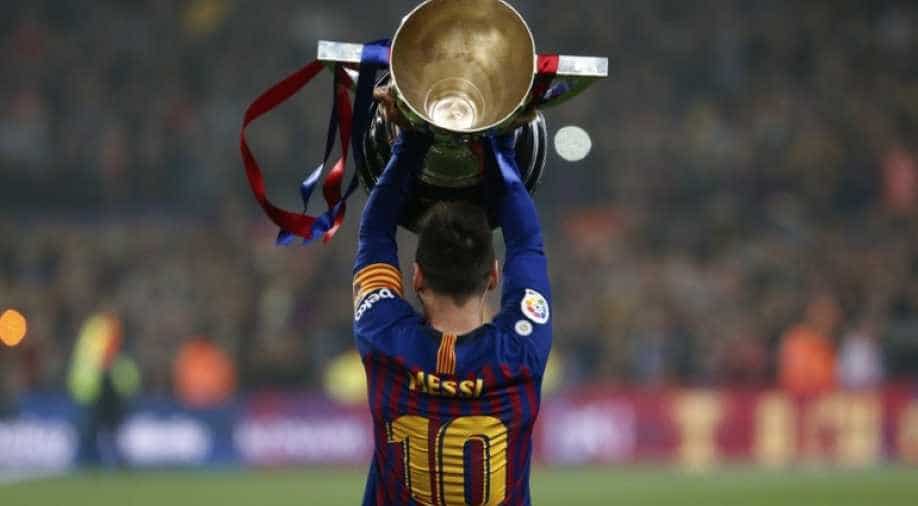 The decision from a court in Madrid means matches scheduled for Fridays in the opening three rounds, which were announced at the start of July, can be played, while matches planned for Mondays will have to be reorganised.

Barcelona's opening match of their La Liga title defence at Athletic Bilbao will take place next Friday after a judge ruled that matches could be played on that day but not on Mondays.

The decision from a court in Madrid means matches scheduled for Fridays in the opening three rounds, which were announced at the start of July, can be played, while matches planned for Mondays will have to be reorganised.

But La Liga has announced it will appeal the ruling as it aims for both Friday and Monday matches to be allowed this season.

"While the ruling has partially respected La Liga's requests with regards to interim measures, this organisation ... does not agree with the ruling and will proceed to exercise its right to appeal the decision," La Liga said in a statement.

Confirmation of the date of the La Liga curtain-raiser comes just one week before the fixture kicks off, leaving supporters little time to arrange tickets and transport.

The decision also means existing matches due to take place on Mondays, including Eibar's trip to Mallorca and Real Betis' clash with Real Valladolid on August 19, will have to be moved.

The Spanish Football Federation (RFEF) claimed a victory over the country's top division, who backed the controversial Friday and Monday matches and argued removing those slots would risk losing lucrative television contracts.

"We are very satisfied and happy," said RFEF president Luis Rubiales.
"It's a historic day. The RFEF's position and my commitment to Spanish football and fans have been fulfilled."

However, the RFEF had wanted the removal of both Monday and Friday matches, which have proven controversial in Spain, where they have attracted disappointing attendances and been reserved primarily for teams lower down in the league table.