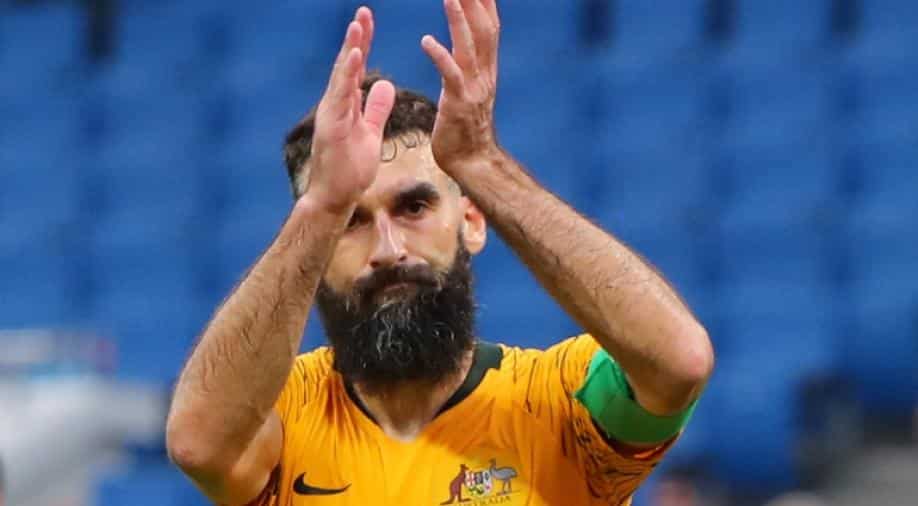 Jedinak, who also played at the 2010 World Cup in South Africa, scored 20 goals for his country, a majority of them from the penalty spot.

Australian midfielder Mile Jedinak announced his retirement from international football on Monday, bringing the curtain down on a 79-cap career which included leading the Socceroos at two World Cups.

The Aston Villa player led his country at the 2014 World Cup in Brazil and this year's tournament in Russia, having also captained the side to an Asian Cup triumph on home soil in 2015.

The 34-year-old announced his decision in a lengthy Instagram post, three months before Australia launch their continental title defence in the United Arab Emirates.

"I can confirm that after much deliberation I have made the decision to retire from playing international football," Jedinak wrote.

"As a young boy growing up, it was my dream to play for Australia and to pull on the famous green and gold shirt to represent my country.

"To have been given the opportunity to not only fulfil that dream, but to have done it 79 times, and many of which as captain, makes me incredibly proud and thankful."

Jedinak, who also played at the 2010 World Cup in South Africa, scored 20 goals for his country, a majority of them from the penalty spot, including both of Australia's tallies in their group stage exit in Russia.

"It is an enormous privilege to represent your country and one I did not take lightly," Jedinak said. "Words will never be able to do justice the feeling of immense pride I felt when representing Australia.

"I gave everything I had in every single game I played to try and achieve success for our nation.

"However, after a huge amount of time reflecting and discussing with those closest with me, I feel that it is the right time to move aside in order to focus on my club football and prolonging that journey."

Football Federation Australia (FFA) thanked Jedinak for his contribution to the national side and called him a "great role model" for the country's footballers.

"Mile has been great leader for the Socceroos and great player for Australia," Arnold said in FFA statement. "He is held in fantastic regard by his team mates, the coaches and staff that have worked with him, as well as the fans.

"I congratulate Mile on a superb international career, and now look forward to seeing other squad members step up as Socceroos leaders after the international retirements of Mile and Tim Cahill."