Australian Open: Naomi Osaka and a host of others look to disrupt Ashleigh Barty's home party 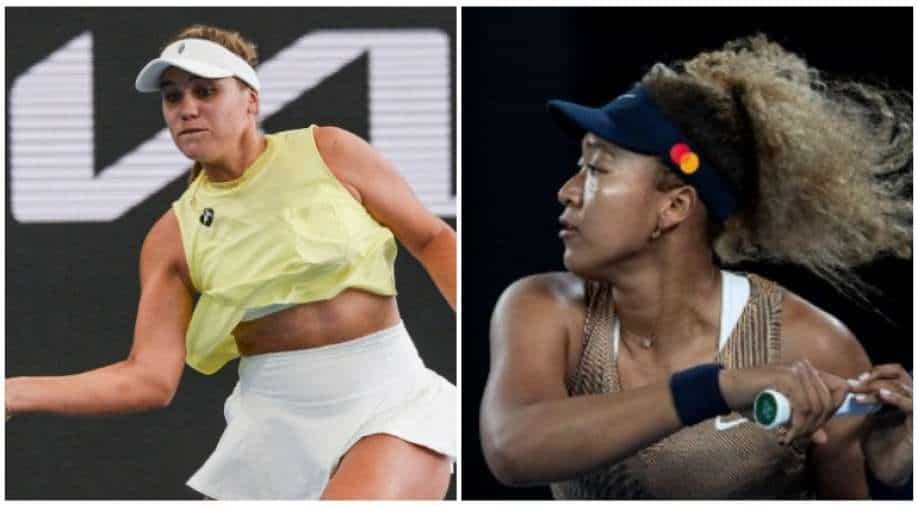 Barty, the first Australian woman since Evonne Goolagong-Cawley to reach the world number one ranking, is pleased with her preparation after winning last week`s Adelaide International -- the 14th WTA title of her career.

Ash Barty is in prime position to end Australia`s lengthy wait for a home winner at this year`s Australian Open but defending champion Naomi Osaka and a host of others will be out to spoil the party for the women`s world number one.

No Australian has won the Melbourne Park major since Chris O`Neill in 1978 and the 25-year-old Queenslander will be desperate to add the hardcourt title to her French Open win on clay and Wimbledon success on grass.

Barty, the first Australian woman since Evonne Goolagong-Cawley to reach the world number one ranking, is pleased with her preparation after winning last week`s Adelaide International -- the 14th WTA title of her career.

"I feel good leading up to an Australian Open like I have every year," Barty said after her Adelaide triumph.

"The work that I do with my team behind the scenes puts me in the best possible position to play good tennis time and time again each and every time we`re asked."

Barty, who will open her campaign against Ukrainian qualifier Lesia Tsurenko, is bookmakers` favourite to lift the Daphne Akhurst Memorial Cup at the end of the month.

"I think she`s got a huge chance to win here," ESPN analyst and former world number three Pam Shriver said. "I think there`s a pretty good chance she`s playing the best tennis and I love the way she`s serving." The field, however, is stacked with major champions.

Other than Osaka, who won all her four majors on hardcourts, the women`s field at the Australian Open also features several other Grand Slam winners including the latest, U.S. Open champion Emma Raducanu. Japan`s former world number one Osaka has won two of her Slams at Melbourne Park and she is a potential fourth-round opponent for Barty.

While Barty has found the calmness and mental steel to handle the burden of expectation, Osaka has struggled with mental health issues, disclosing last year that she has long suffered from bouts of depression.

The 24-year-old Osaka appeared in good form in a tune-up WTA event in Melbourne last week before pulling out of her semi-final with an abdominal injury.

"The stomach issue for a tennis player can be of big concern because there`s not one shot, potentially if she has tweaked it, that you can fudge around having an abdominal injury."

This year`s Australian Open will be the first since 1997 that will not feature either of the Williams sisters.
Serena is still recovering from a hamstring injury, while older sister Venus also pulled out.

While the withdrawals will take some sheen off the year`s opening major, a depth of talent remains in the women`s competition. Belinda Bencic will want to add Grand Slam success to her Olympic gold from Tokyo while twice major winner Garbine Muguruza of Spain will hope to continue her strong form from the end of the season when she triumphed in the WTA Finals in Mexico.

Few will also doubt the talent of 19-year-old Briton Raducanu but she has looked out of sorts since becoming the first qualifier to win a Grand Slam when she triumphed at Flushing Meadows last September.

World number two Aryna Sabalenka is known for her power-packed game but has failed to find her mark in her Australian Open preparations - falling in her first match in both events in the lead-up.