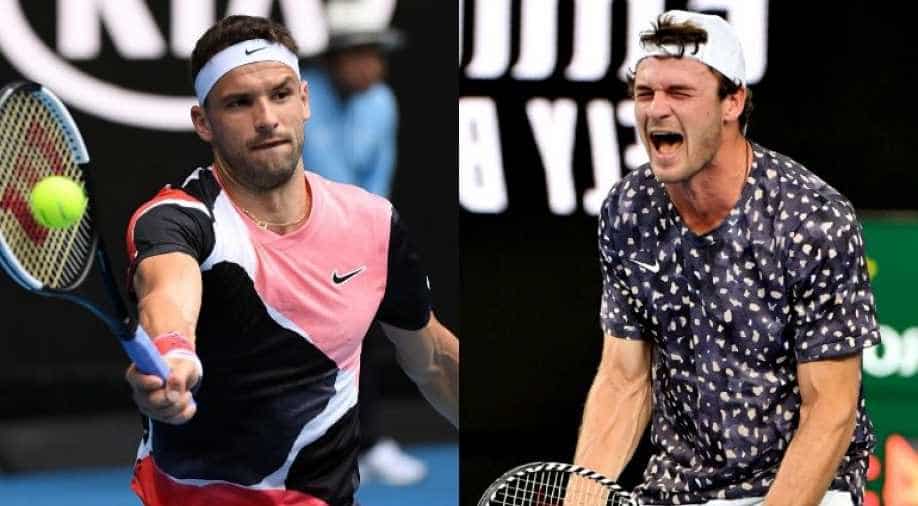 It all came down to the deciding set where the World No 20 (Dimitrov) was outplayed by World No 80 (Tommy Paul).

This year's Australian Open has made headlines for one of the major upsets in the tennis world. In one such instance, Tommy Paul beat Grigor Dimitrov in a well-fought match.

The 22-year-old Paul played his career-defining tennis to sustain Dimitrov's comeback in the match.

12 months on, he's into the third round of a Grand Slam for the first time#AO2020 | #AusOpen pic.twitter.com/MUWRExQqRv

American took a two-set lead over Dimitrov, but the Bulgarian had no plans to go down without a fight, he fought back well and won the remaining two sets.

It all came down to the deciding set where the World No 20 (Dimitrov) was outplayed by World No 80 (Tommy Paul).

Paul applauded the crowd who voiced their support for him while the match was on“I've never been a part of something like that, honestly. A lot of fun playing in front of all you guys. Towards the end of the fifth, it was you guys who got me through it,”.

"I've never been a part of something like that"

It's the first third round appearance at a slam for Paul.#AusOpen | #AO2020 pic.twitter.com/WCmfcxK0Ll

“I've never really played back-to-back best-of-five matches. I guess if you're going to have a second one, why not go 7-6 in the fifth?” said Paul after the match ended.