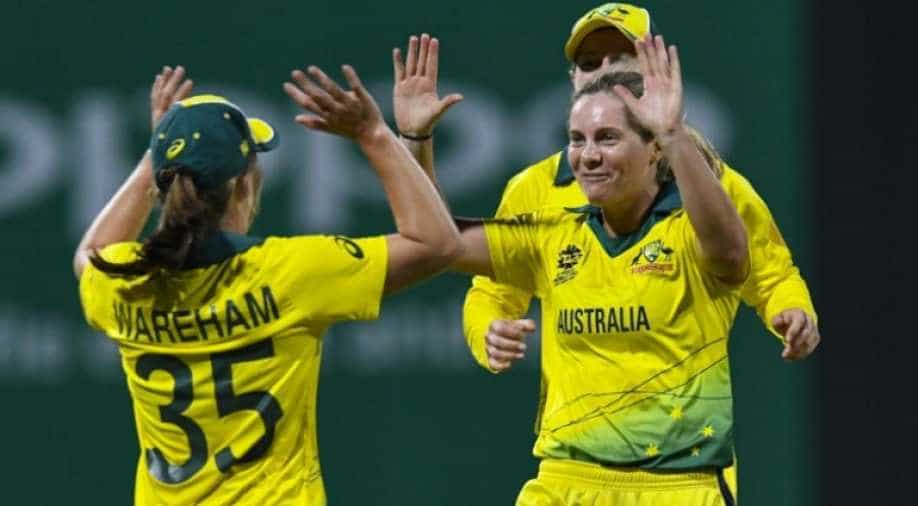 The Southern Stars easily chased down England's total of 105 all out, polishing off the runs with 29 balls to spare in only 15.1 overs at Sir Vivian Richards Stadium in North Sound.

Ashleigh Gardner scored an unbeaten 33 as Australia beat England by eight wickets to win the Women's World Twenty20 title on the Caribbean island of Antigua on Saturday.

The Southern Stars easily chased down England's total of 105 all out, polishing off the runs with 29 balls to spare in only 15.1 overs at Sir Vivian Richards Stadium in North Sound.

The victory was their fourth world Twenty20 title and comes at the end of a tumultuous year in which the men's test team was rocked by a ball-tampering scandal that led to year-long suspensions for captain Steve Smith and his deputy David Warner.

Gardner was named Player of the Match after hoisting three sixes in her 26-ball knock, while captain Meg Lanning (28) scored the winning run.

Lanning said the title had been particularly sweet in light of recent disappointments at global tournaments.

"The last two World Cups really hurt and we had to change a few things and move it forward," she said, referring to their semi-final loss at the 50-over World Cup last year and defeat to West Indies in the title match of this tournament in 2016.

"The group embraced it and it was a very satisfying win.

"We did not have our best day in the field but the bowlers did a good job."

England batted first after winning the toss and opener Danielle Wyatt top scored with 43, but captain Heather Knight with 25 was the only other player to reach double figures as the team were bowled out in 19.4 overs.

Knight nonetheless had no regrets about her decision.

"We knew there would be dew, more dew than there was in the semis. We wanted to bat first though," she said.