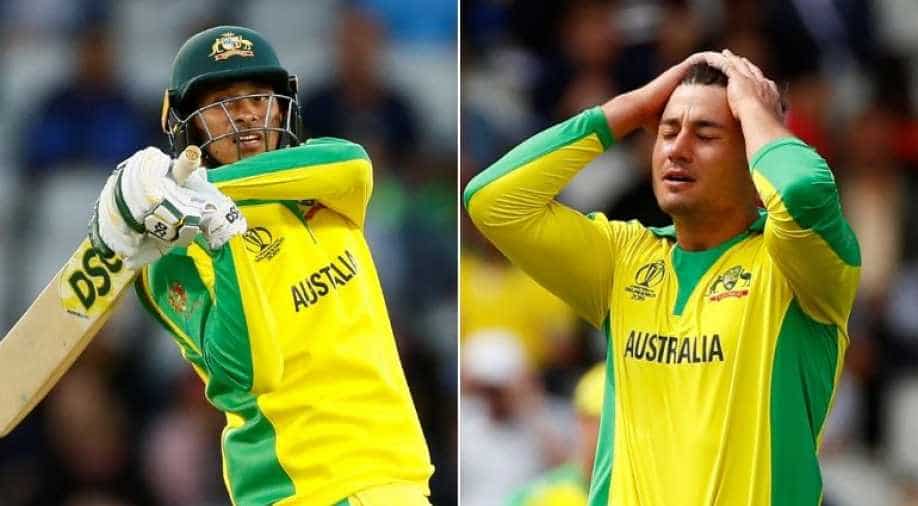 Australia's World Cup defence suffered a blow on Sunday after batsman Usman Khawaja was ruled out of the tournament with a hamstring injury ahead of Thursday's semi-final against England.

"Ussie's got a hamstring strain so he'll be out for probably three to four weeks, which is a real shame, but we have to work hard on getting him up for the Ashes now," Langer said.

Matthew Wade and Mitchell Marsh have been drafted in as cover for the injured duo.

"Not in the final XI yet but Matthew Wade is coming up. He's in great form, he's had a great 12 or so months back home, but he's also just scored two hundreds in one-day cricket so he's in great nick," Langer added. "And Mitch Marsh is going to come on standby for Stoinis."

Batting at number three, Khawaja scored a couple of 80s in his last four innings at the World Cup before retiring hurt in Saturday's loss to South Africa. He did return to bat later in the innings but was clearly in pain.

Langer hoped the left-hander would be fit for the first Ashes test against England at Edgbaston from August 1.

"Conservatively it'll be three or four weeks, and with all the help and the rehab he'll get hopefully he'll be right for the practice game or certainly the first test."

Stoinis bowled only three overs at Old Trafford on Saturday.

"Marcus is the same, got another strain in his other side actually, so we are working through that at the moment and we'll have to make a decision on him in the next 24 to 48 hours," Langer said.

Both Wade and Marsh were part of the Australia A squad who began their four-day clash with Sussex in Arundel on Sunday.

Australia had earlier drafted in batsman Peter Handscomb for the injured Shaun Marsh.