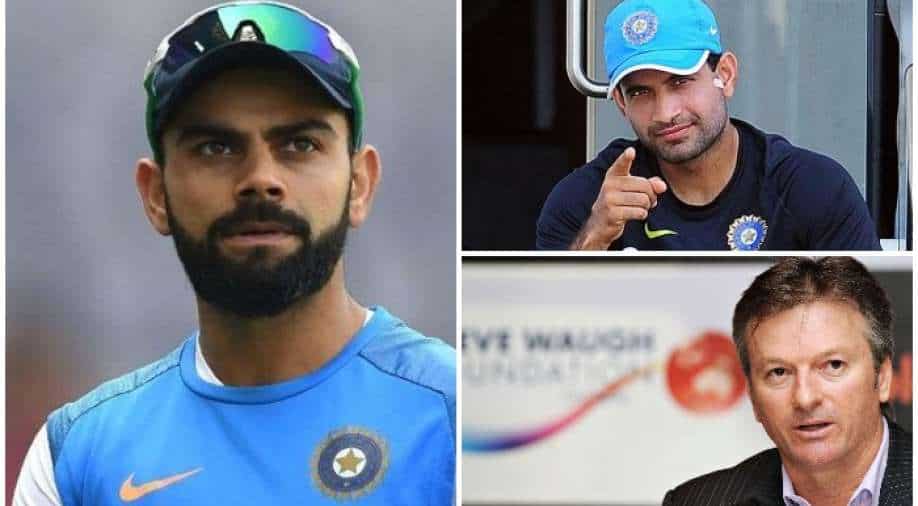 While Steve Waugh is disappointed by Virat Kohli missing three of the four Tests against Australia, former Indian cricketer Irfan Pathan said people need to respect Kohli’s decision and appreciate that there is life beyond cricket.

Australian great Steve Waugh on Tuesday said he was disappointed that Virat Kohli will miss three Tests against Australia to be at the birth of his first child after being granted paternity leave by the Board of Control for Cricket in India (BCCI). While Waugh was disappointed by Kohli missing three of the four Tests against Australia, former Indian cricketer Irfan Pathan said people need to respect Kohli’s decision and appreciate that there is life beyond cricket.

The Indian skipper and his Bollywood superstar wife Anushka Sharma are expecting their first child in January with Kohli returning back to Indian from Australia after the first Test in Adelaide, which commences on December 17.

Kohli’s absence has come as a huge blow to broadcasters and cricket authorities are already feeling the effects in a pandemic affected year.

"I'm a little bit disappointed he's not going to be there -- and a bit surprised," former skipper Waugh, who played 168 Tests, told AFP.

"This was really shaping up as one the key series of his whole career after he's achieved just about everything. But obviously family comes first."

"It's a bit like a couple of years ago when India won without (David) Warner or (Steve) Smith in the side," he said.

"You really want to win against the best possible opposition, particularly when this is like the heavyweight title fight."

Whereas Irfan Pathan is of the view that people should understand that family is important and there is life beyond cricket. However, he admitted that Kohli not being there with the team will have a huge impact on Team India. Irfan further backed Rohit Sharma to lead the side in the Test series, in the absence of Kohli, as he said that Rohit is a proven leader.

“Virat Kohli not being there will have a huge impact on the team but you have to respect his decision. We have to accept and appreciate life beyond cricket, family is very important.

“On the field, it is bound to make a massive difference and it is very tough for anyone to fill his shoes. The way he has performed over the years and in all conditions.

“Nothing against Rahane but Rohit has to captain. He is a proven leader and has the required experience. His role as an opener will be equally crucial. He is the guy you want to play in Australia. I remember ODI series in 2008 and he was new but did quite well on Australian pitches. He will be raring to go after the injury,” Irfan Pathan told PTI.

India are due leave this week for Australia, where they will spend two weeks in quarantine in Sydney before the first one-day international on November 27.