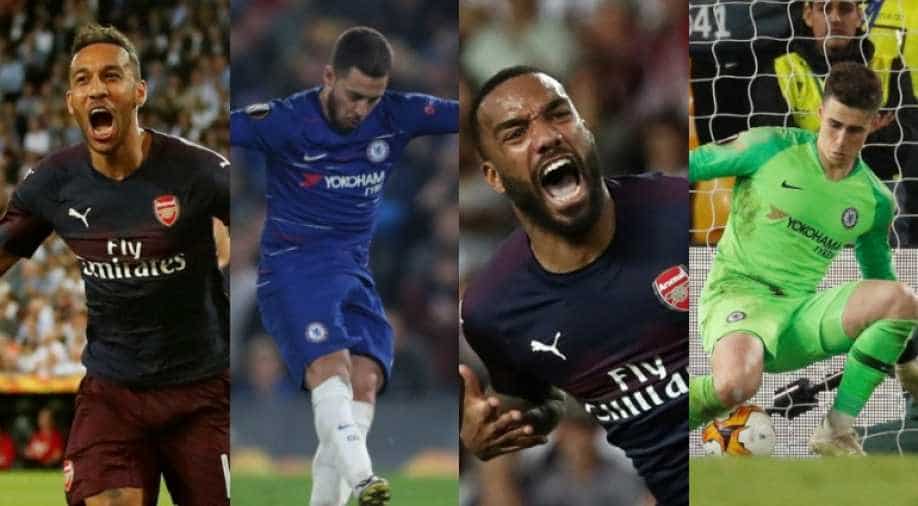 Two and a half weeks after the Premier League season ended, here is a London derby exported almost 3,000 miles to Azerbaijan's capital, Baku

The build-up to the Europa League final has been marred by the controversy surrounding UEFA's choice of venue, but it is now time for the football to do the talking as familiar foes Chelsea and Arsenal prepare to do battle in the unfamiliar setting of Baku on Wednesday.

Two and a half weeks after the Premier League season ended, here is a London derby exported almost 3,000 miles (5,000 kilometres) to Azerbaijan's capital, by the Caspian Sea.

It is the first leg in a week of European finals dominated by England, with Liverpool and Tottenham Hotspur contesting the Champions League showpiece in Madrid on Saturday.

However, there will not be much of an English atmosphere at the Baku Olympic Stadium when the match kicks off at 2300 local time (1900GMT), with reportedly only around 6,000 tickets sold by the clubs in a ground which holds almost 70,000.

The distances and costs involved and the difficulty in getting to Baku have prevented more fans from travelling, while Arsenal are also handicapped by the absence of Henrikh Mkhitaryan.

He decided not to travel because of fears over his safety due to an ongoing political dispute between Azerbaijan and his home country, Armenia.

"It is not in my hands. They have their reason to play here and I must respect this decision," said Arsenal coach Unai Emery on Tuesday.

"Yes, I prefer to play with our supporters here. I'd prefer it if a lot of supporters from us and from Chelsea could come here from London, but it's difficult," Unai added.

Emery's players have promised to try to win the trophy for Mkhitaryan, and the stakes are certainly high for the Gunners.

After finishing fifth in the Premier League, two points behind Chelsea in third and one point behind Tottenham, Arsenal have to win to qualify for next season's Champions League.

Whether that in itself is more important than winning a European trophy is another matter.