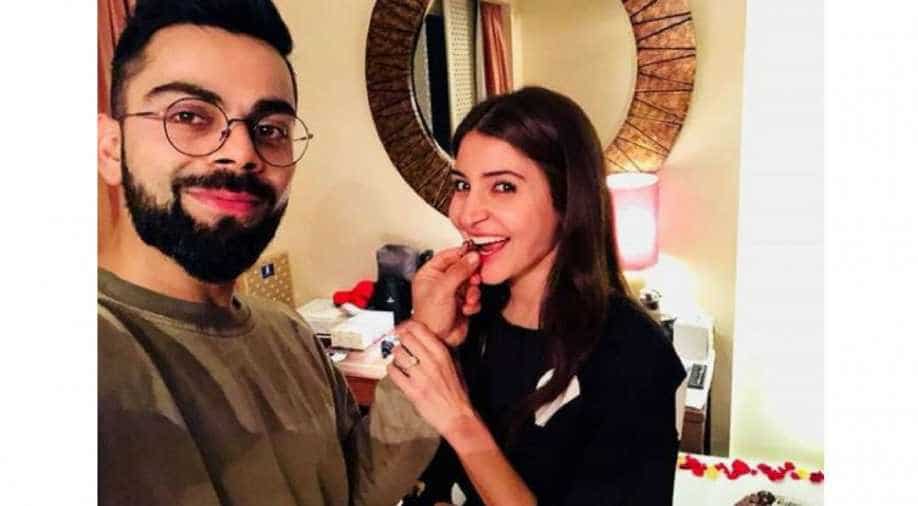 Virat Kohli gave the best birthday present - a victory over Mumbai - to his wife Anushka Sharma. Bollywood's leading actress Anushka Sharma turned 30 on May 1 and instead of partying, she was cheering for her husband's team at Chinnaswamy stadium.

Star-studded teams Bangalore and Mumbai had locked-horns to survive in the eleventh edition of Indian Premier League.

The birthday girl proved lucky for the Bangalore team as they registered a 14-run victory over Rohit Sharma-led Mumbai by defending a total of 167 runs.

Earlier in the morning, Virat shared a picture with Anushka and wrote, "Happy birthday, my love. The most positive and honest person I know. Love you."

It seems that the "positive" person has powered the positive energy to the entire team.

Best birthday with the bestest, kindest, bravest man in the world . Love you for making it so special my love ❤ !

Also, Anushka Sharma chose this day as an opportunity to announce a project very close to her heart -- building an animal shelter.

The star who often posts pictures with her labrador 'Dude' will be building the shelter on the outskirts of Mumbai.

In a birthday tweet, she said that she is inspired by the Dalai Lama and wanted to do her bit to give fellow living beings equal rights, equal care and equal love.