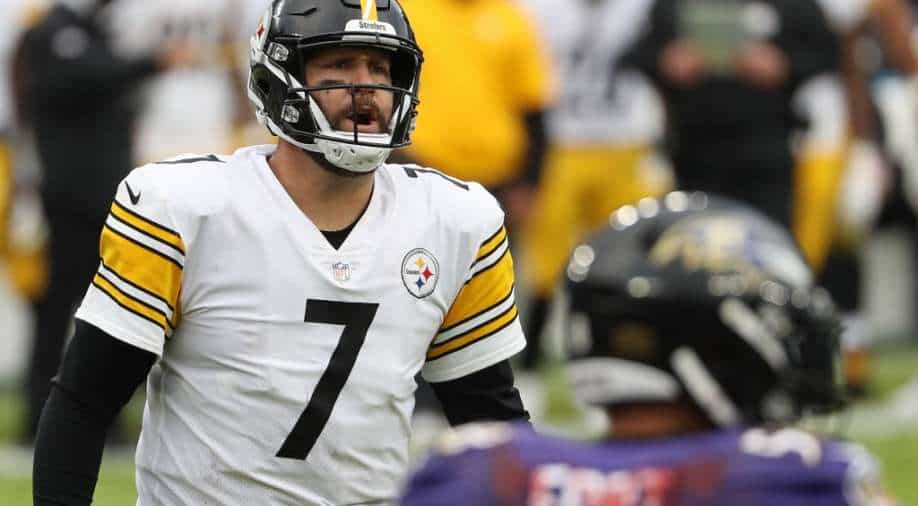 The Pittsburgh Steelers hope to have quarterback Ben Roethlisberger at the helm Sunday after a Covid-19 scare as they put their unbeaten NFL record on the line against the Cincinnati Bengals.

The Pittsburgh Steelers hope to have quarterback Ben Roethlisberger at the helm Sunday after a Covid-19 scare as they put their unbeaten NFL record on the line against the Cincinnati Bengals.

Roethlisberger was among four Steelers players placed on the team's Covid-19 reserve list after close contact with an individual who tested positive, but could return from a five-day isolation period if he continues to test negative as the Steelers seek to maintain their one-game lead over the Super Bowl Champion Kansas City Chiefs atop the AFC.

Steelers coach Mike Tomlin said he wasn't worried that the 38-year-old Roethlisberger could be stepping into a key AFC North division contest without benefit of any mid-week practice.

"I'm not overly concerned about it," said Tomlin, whose team rallied from a 13-point deficit to beat the Dallas Cowboys on Sunday and reach 8-0 for the first time in club history.

"This guy has been doing this job for 17 years. He's got snap experience that he can call upon. We're still going to work extremely hard virtually to prepare.

"A lot of his work is above the neck anyway in terms of his preparation. I have very little concern about it to be quite honest with you."

A greater concern might be a Steelers pass defense that has struggled in recent weeks.

They have a chance to silence doubters as they take on a Bengals team whose rookie quarterback Joe Burrow leads the division in passing yards but counts three defeats against division opponents among five losses this year.

"They hate us because they ain't us," Heyward said. "We don't really care what's going on outside of here. If it doesn't look pretty, who cares? We’re 8-0.

"For all the guys looking, and saying 'It's got to look like this,' one thing I can say is the Super Bowl winner hasn't been determined."

The team touted by many as the top Super Bowl contender from the AFC, the reigning champion Chiefs, have a bye this week, but the AFC East-leading Buffalo Bills, who pushed their record to 7-2 with a 44-34 triumph over the Seattle Seahawks last week, try to maintain momentum when they take on the Cardinals in Arizona in a game that promises plenty of offensive fireworks.

Bills quarterback Josh Allen passed for 415 yards and three touchdowns and added a rushing TD in Buffalo's win over Seattle.

The Cardinals, meanwhile rank first in the NFL with 422.0 yards per game and Arizona quarterback Kyler Murray passed for 283 yards and three touchdowns and added 106 rushing yards with one rushing TD last week in his team's narrow loss to the Miami Dolphins.

While the Cardinals will be seeking to bounce back, the Dolphins will try to notch a fifth straight victory when they host the Los Angeles Chargers in a battle of young quarterbacks.

Seeking to add to his two wins in two career starts, Tagovailoa will face a Chargers team led by number-six draft pick Justin Herbert, who has passed for 2,146 yards and 17 touchdowns in his first seven NFL games.

Sunday's meeting is only the seventh NFL game involving rookie starting quarterbacks both taken in the top six in the NFL draft.

Elsewhere, superstar Tom Brady and the Tampa Bay Buccaneers seek to bounce back from a 38-3 loss to the New Orleans Saints when they travel to North Carolina to take on the Panthers.

The Bucs beat the Panthers in week two and are under pressure to produce another win against their NFC South rival as the race for playoff berths heats up.