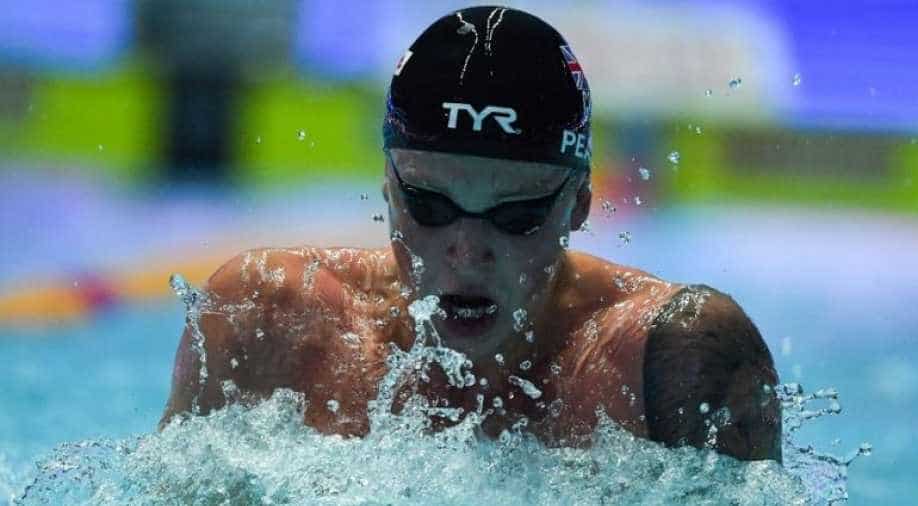 The Olympic champion stormed home to win his semi-final in a time of 56.88 seconds, becoming the first swimmer to break 57 seconds and eclipsing his previous mark by just over two tenths.

Peaty has not been beaten for five years over 100 metres breaststroke in major competition and he never looked in any danger in the second men's semi-final on day one in Gwangju.

The tattooed pin-up, chasing a hat-trick of world doubles in the 50m and 100m, went out strong, turning 0.12 inside world record pace as fellow Briton James Wilby struggled to keep up.

Peaty punched the air after the roar of the crowd told him he had finally broken the magical 57-second barrier.

China's Yan Zibei won the first semi-final in 58.67 to qualify second behind Peaty for Monday's final.