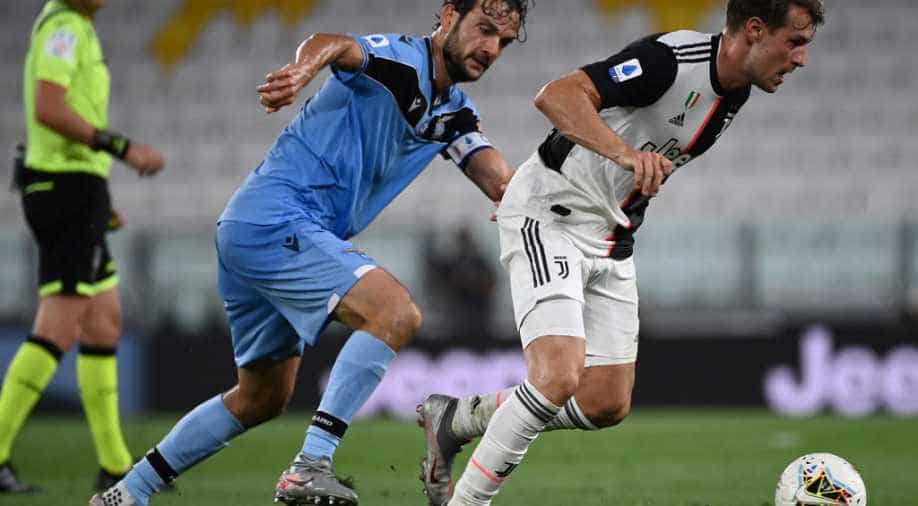 Aaron Ramsey, under Maurizio Sarri, made just 11 Serie A starts and he does not fit into Pirlo’s ball-playing style.

Italian side Juventus' new boss Andrea Pirlo is looking to drop six players in the team this summer and one of them is Aaron Ramsey. The former Arsenal star has been asked to look for another club after Pirlo made it clear that the player is not needed.

Ramsey joined Juventus last year on a free transfer from Arsenal. His wages of £400,000-a-week could well limit his options on moving to another club, and he will have to take a pay cut if he moves on.

Aaron Ramsey, under Maurizio Sarri, made just 11 Serie A starts and he does not fit into Pirlo’s ball-playing style.

Other players in the team like  Gonzalo Higuain, Sami Khedira, Daniele Rugani, Mattia De Sciglio, and Blaise Matuidi are also not included in Pirlo's squad. Matuidi is on his way to MLS to play for David Beckham's Inter Miami.

Last month, the Daily Telegraph reported that Juventus were hoping a swap deal involving Ramsey and Tanguy Ndombele. However, Jose Mourinho though wants to keep the £53.8million man, claiming that he will come good.

Aaron Ramsey is even being linked with Manchester United as their manager Ole Gunnar Solskjaer was interested in the Wales star earlier in the summer.