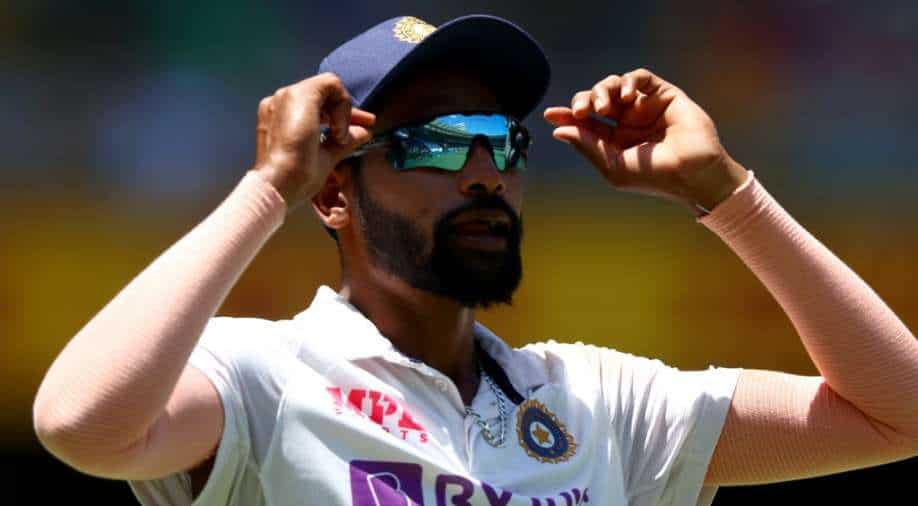 3rd Test: After India's flop show with the bat on Day 1, English fans tried to tease Mohammed Siraj by asking him about the score. To this, the Indian pacer had an epic response up his sleeves.

Virat Kohli-led India had a forgettable outing on Day 1 of the third Test versus England, at Headingley, Leeds on Wednesday (August 25). After opting to bat first, nothing clicked for the visitors as they were quickly reduced to 21-3 and 68-9 before being bundled out for 78 -- their third-lowest total versus England in whites -- before the English openers Haseeb Hameed-Rory Burns took the team to 120/0 at stumps.

Thus, it was a disastrous day for Team India, who continue to lead the series 1-0 but have their back against the wall to script a remarkable comeback in the third Test. As a result of India's tame surrender, the English fans were high on spirits and made quite a lot of noise throughout the day; trying to get under the skin of the Indian cricketers. Mohammed Siraj, who was India's star during their 151-run Lord's Test win, was targetted by a section of the English crowd during the final session on Day 1.

While Siraj was walking back to his fielding position, a section of the crowd tried to tease Siraj by asking him the score. To this, the Indian speedster had an epic response up his sleeves as he reminded them about the scoreline still being 1-0. Here's a video of Siraj's banter with the crowd -

Mohammed Siraj signalling to the crowd “1-0” after being asked the score.#ENGvIND pic.twitter.com/Eel8Yoz5Vz

England went to stumps on Day 1 with the score being 120 for no loss. Both Burns and Hameed are well set, bringing up their respective half-centuries, and will look to add to India's woes on Day 2 on Thursday (August 26). For now, Kohli & Co. are on the back foot and already trail England by 42 runs. Their bowlers will have to curtail the run-flow and restrict England to anything less than 220-230 to not allow the hosts to dictate terms and run far ahead in the contest.

Will the visitors bounce back? Only time will tell...