Won't allow our land for terrorist acts against any country: Bangladesh PM 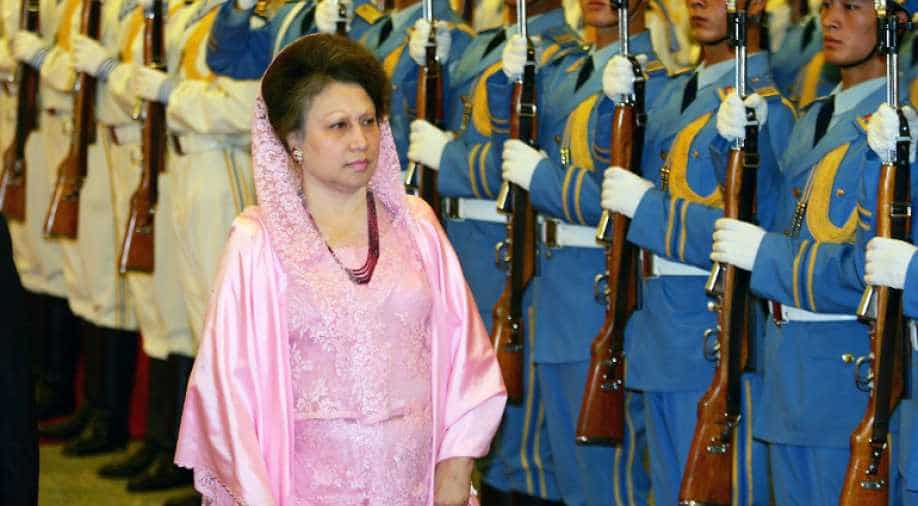 Parrikar, the first Indian defence minister to visit Bangladesh in the last 45 years, met Hasina, who holds the defence portfolio in the cabinet, for about 30 minutes.

The President urged the Indian minister to send more military officials to Bangladesh for training to boost ties between the armed forces of the two countries.

Top defence ministry officials in New Delhi had said the focus of Parrikar's trip was to deepen security ties and firm up a defence cooperation agreement that is likely to be signed when Hasina visits India next month.

Vowing "zero tolerance" against terrorism, Bangladesh Prime Minister Sheikh Hasina today assured India that Bangladesh will not allow its soil to be used for terror acts against any country.

"We won't tolerate any sorts of terrorism and militancy and won't allow our land to be used for carrying out terrorist acts against any country," Hasina told Parrikar, who called on her at her official Ganobhaban residence here.

According to Hasina's press secretary Ihsanul Karim, she recalled with gratitude the contribution of Indian armed forces to Bangladesh's Liberation War and told Parrikar that during her upcoming visit to India she would honour those Indian soldiers who died during the 1971 freedom war.

On his part, Parrikar said "it was our moral responsibility to extend help to Bangladesh in the War of Liberation as a friendly country and we provided that assistance."

After the meeting, he handed over Hasina a replica of a helicopter that India used during Bangladesh's liberation war and photographs of paratroopers who took part in that war.

Parrikar, who was accompanied by a high-level defence delegation, offered Indian expertise to train Bangladesh Coast Guards for enhanced capacity to guard the country's southern coastlines along the Bay of Bengal.

His meeting with Hasina came at the end of a two-day visit, the first by an Indian defence minister, during which he called on President Abdul Hamid and also met premier's security adviser Major Gen (retd.) Tariq Ahmed Siddiqui.

Earlier in the day, Parrikar visited Bangladesh Military Academy near the southeastern port city of Chittagong and paid tributes to "Shikha Anirban" or "flame eternal", a military monument built in memory 1971 war martyrs at Dhaka Cantonment.

The vice chiefs of India's three wings of armed forces, who comprised Parrikar's delegation along with the Indian Coast Guard chief, held talks with Bangladesh army, navy and air force chiefs at their offices in Dhaka cantonment.

"During the meetings, they discussed issues related to the existing good relations and cooperation between the two armed forces," a defence ministry statement said.