With purifiers and lawsuits, Pakistanis fight back against smog 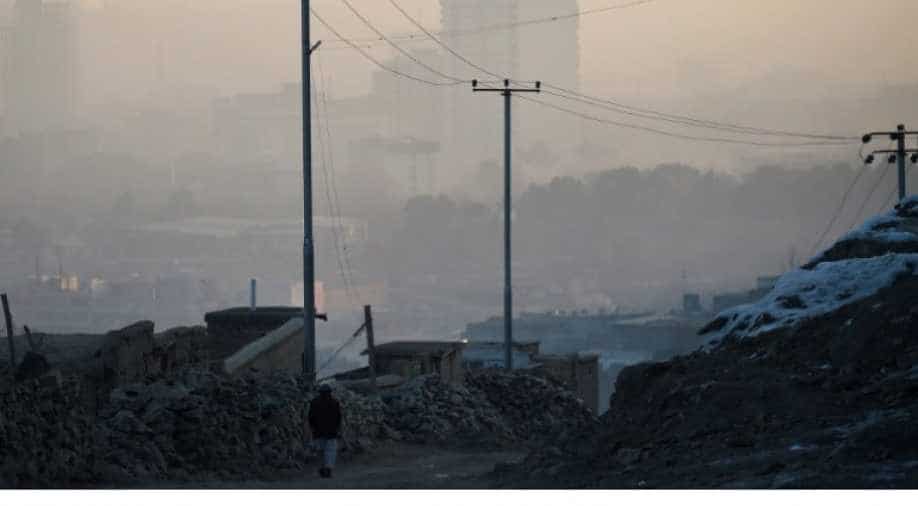 Tired of choking on putrid air, Zaidi spent six months perfecting his homemade device as he looked for a low-cost solution to battle the increasingly toxic scourge overwhelming Pakistan.

For the past few months, Hasan Zaidi's phone has been ringing nonstop with calls from desperate residents in Pakistan hoping to get their hands on his newly invented air purifier as smog blankets the country.

"Some days, I had so many calls that I couldn't answer," says Zaidi during a recent interview with AFP in his workshop.

Tired of choking on putrid air, Zaidi spent six months perfecting his homemade device as he looked for a low-cost solution to battle the increasingly toxic scourge overwhelming Pakistan.

During this winter alone the 31-year-old engineer has already sold some 500 units, which are priced at just 16,000 Pakistani rupees ($103), but admits to refusing hundreds of orders in recent weeks due to lack of manpower and resources.

"Now it is less of a luxury and more of a necessity," explains Sadia Khan, whose company Autosoft Dynamics recently acquired a dozen of Zaidi’s purifiers so his 180 employees can "breathe safely".

In the past five years, air pollution has worsened in Pakistan, as a mixture of low-grade diesel fumes, smoke from seasonal crop burn off, and colder winter temperatures coalesce into stagnant clouds of smog.

In 2015, 135,000 Pakistanis died due to poor air quality, according to a study published in the scientific journal The Lancet.

Pollution tends to be at its worst in the country’s eastern province of Punjab during winter, particularly in the 12-million strong city of Lahore near the border with India.

In November schools were closed for several days across the province with the level of PM2.5 tiny particles that get into the bloodstream and vital organs repeatedly exceeding 200 micrograms per cubic meter of air.

The World Health Organisation's recommended safe daily maximum is a measurement of 25.

Pakistan is ranked one of the worst countries in the world for air quality and Lahore consistently ranked in the top 10 most smog-hit cities, according to the pollution monitoring site AirVisual.

But Tanveer Waraich, director-general of Punjab’s environmental agency, dismisses those figures, saying pollution readings cited by monitors and activists are not from "authentic machines".

"To say that Pakistan and Lahore are among the top polluted citie this statement is not based on facts," he says, but concedes the country’s air quality is largely unacceptable.

Public awareness about the issue is growing due to increased activism on social media about the dangers of pollution and the dire challenges climate change is bringing to Pakistan.

Yann Boquillod, who co-founded AirVisual, said subscribers to the site from Pakistan have increased tenfold this year.

"In Pakistan, there was a problem but no one knew about it. Pakistanis are (now) mobilising," Boquillod says. With officials slow to act, ordinary Pakistanis have increasingly taken measures into their own hands.

In 2016, Abid Omar launched the website PakistanAirQuality (PAQ) dedicated to compiling data about air pollution in the country and publishing its findings.

According to PAQ, Lahore only experienced "10 hours" of good quality air based on WHO standards during the first eleven months of 2019.

Conversely, air quality in the city oscillated between "bad" and "hazardous" for a total of 223 days so far this year.

The smog "has made our lives miserable," laments a pedestrian in Lahore buying a mask.