What happens to the accused in Ryan murder case? A legal explainer 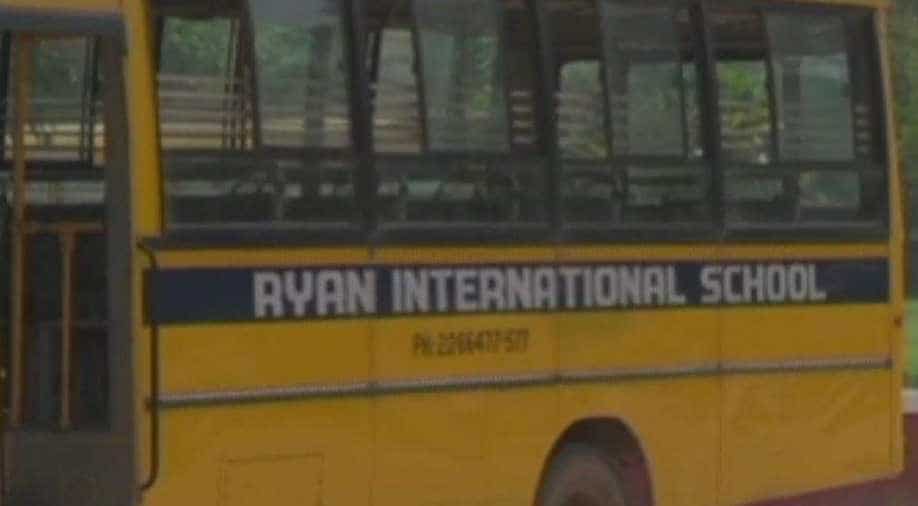 The CBI has taken into custody a class XI student of Ryan International School on charges of murdering 7-year old Pradyuman Photograph:( ANI )

Pradyuman, a 7-years old student of Ryan International School at Gurgaon, was found dead with his throat slit by a sharp-edged weapon on the morning of September 8. CCTV footage of the incident showed him crawling out of the school's washroom, his throat slit. He collapsed next to a wall in a pool of blood. The Gurgaon Police had arrested school bus conductor, Ashok Kumar, the same day.

In a very unexpected turn of event, the CBI today as taken into custody another student of the school who happened to have discovered Pradyuman's body. The accused is 16 years old and a student of class XI.

As per the latest changes in the Juvenile Justice Act, many are apprehending that the accused may get tried as an adult.

To have a better understanding of the scenario, WION spoke to an esteemed legal expert, Mr Ashok GV.  Here is the excerpt from the interview.

Lawyer Ashok GV:  Before I answer the query, though public sentiment may turn against the student who is in the care of the police in the Ryan International murder case, it is important to note that he is still a minor and, therefore, a child. That does not mitigate the tragedy of the murder itself. If anything a child being suspected of the murder of another child enhances the tragedy of it all. I would just want everyone to remain sensitive to this peculiar dynamic associated with this case, while we study the legality of it.

Though public sentiment may turn against the student who is in the care of the police in the Ryan International murder case, it is important to note that he is still a minor and, therefore, a child.

WION: As CBI has taken into custody a class XI student of Ryan International School on charges of murdering a 7-years old of the same school, many are pointing out that the accused may be tried as an adult. Can a child be tried as an adult? If so, on what grounds.

Lawyer Ashok GV: Section 15 (1) of the Juvenile Justice Act stipulates that where a child is in conflict with law (“CICL” for short), is alleged to have committed a heinous offence (including murder), the Juvenile Justice Board can initiate an inquiry to determine the physical and mental capacity of the CICL to commit such a crime, the CICL’s ability to grasp the consequences of his actions and the circumstance and context to his actions. If the result of such assessment is that the CICL can be tried as an adult, the matter then goes before the adult justice system.

Though on paper this appears to be simple and straightforward, we lack the infrastructure and the human resources to mitigate bias and ensure a nuanced inquiry into the CICL’s actions to determine culpability. Not only must this inquiry answer the above questions, but it must satisfy the test of reasonableness and application of mind which is a well-settled principle of law under Article 14 of the Constitution. The wisdom behind this power to try a CICL as an adult is heavily debated in Child Rights circles, and I myself believe that a CICL going into the adult justice system violates the reformative system of justice that Indian Criminal Law believes in.

In the Ryan International Murder case- the critical question as to whether the evidence available justifies the suspicions of the police or not is as yet unanswered.

Pending clarity of answers on these points, we can only speculate whether the senior student is accused of a heinous offence and if so, does he exhibit the criterion prescribed by Section 15 (1) of the Juvenile Justice Act to qualify for standing trial as an adult.

India lacks the infrastructure and the human resources to mitigate bias and ensure a nuanced inquiry into the CICL’s actions to determine culpability.

WION: Is there a POCSO angle to the Ryan murder case?

Lawyer Ashok GV: POCSO Act broadly defines the offences under the following categories: 1) Penetrative Sexual Assault 2) Sexual Assault (and aggravated versions of 1 and 2), 3) Sexual Harassment, 4) Using child in a pornographic film and 5) Failure to report offences from 1 to 4 above.

In general, provisions defining crimes are interpreted in a strict manner to determine whether or not a given action qualifies as a crime. In the present case, based on the autopsy of the victim and the assessment of the crime scene, the investigators have to determine whether or not any of the definitions under the POCSO Act are attracted in this instance. POCSO Act does not by itself define killing a child as an offence, though if a sexual assault culminated into such a death, then it could be aggravated penetrative sexual assault or aggravated sexual assault.

The act of murder itself is defined in Section 302 of the Indian Penal Code.

Based on the autopsy of the victim and the assessment of the crime scene, the investigators have to determine whether or not any of the definitions under the POCSO Act are attracted in this instance.

WION: Indian Penal Code. 302 has been used to charge the senior student. Under the circumstance, what could be a possible defense?

Lawyer Ashok GV: In a case of the nature involved in the Ryan International Murder case, there are two legal concepts that are relevant for discussion, viz., Culpable Homicide and Murder.

Both deal with one man killing another. But Murder is considered more serious than Culpable Homicide. In the U.S., these concepts are defined as murder in the first degree, second degree, manslaughter, etc.

I will try and simplify this as much as I can. If one man causes the death of another with the intention of causing such death, then it is murder. For it to qualify as murder, such causing of death must be premised on the knowledge of the offender that his actions will inflict bodily injury which will lead to death.

In other instances, the offender may not necessarily know that it may cause death. But if he knew what injury he wished to inflict, and such an injury in ordinary course will likely cause death, then also it is murder.

In the third instance, if the man inflicted harm which is intended to inflict a bodily injury which though ordinarily may not cause death, but with reference to the victim, due to some pre-existing condition in him which the offender knew, would lead to his death, then also it is murder.

So the distinguishing factor between Culpable Homicide and Murder is determined by intention and knowledge. To illustrate this- killing a man when deprived of self-control due to a grave and sudden provocation involves intention less mala fide than murder. So when the intention is not mala fide, but motivated by the heat of the moment or driven by consent of the victim, the killing of a person would not qualify as murder and instead qualify as culpable homicide. Both are punishable offences with different punishments.

Just another point, the investigators will also have to examine whether the eyewitness testimony supports the case against the minor and if so the credibility of the testimony as well as the character of the eyewitness itself becomes very important

The legal interpretation of the case is of author's own.