What does the result of Sri Lankan election mean for India 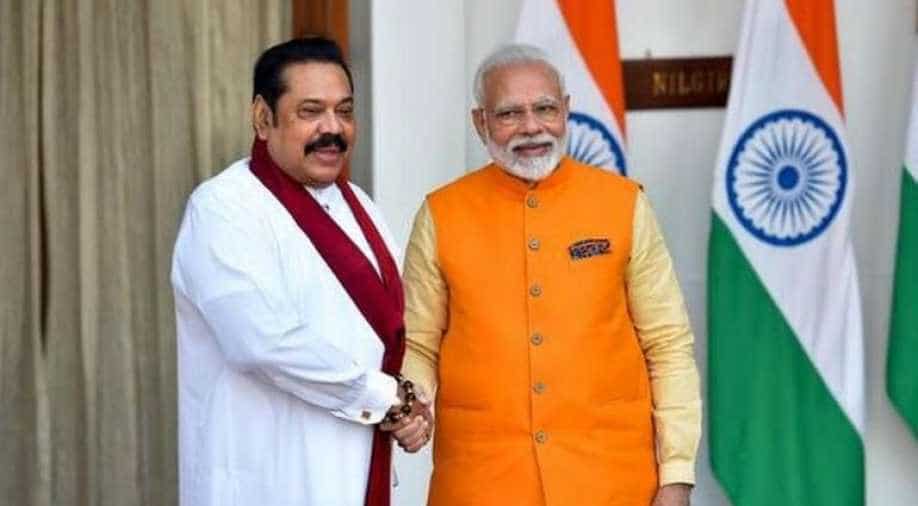 Colombo needs India not just for trade, but also for security, for counter-terrorism.

Mahinda Rajapaksa will be sworn in as Sri Lanka's Prime Minister for the fourth time on Sunday after his party registered a landslide victory in the general election, securing two-thirds majority in Parliament needed to amend the Constitution to further consolidate the powerful Rajapaksa family's grip on power.

The Sri Lanka People's Party (SLPP), led by prime minister Mahinda Rajapaksa, won in 145 constituencies, bagging a total of 150 seats with its allies, a two-thirds majority in the 225-member Parliament, according to the results announced by the election commission on Friday. It won all but four of the 22 electoral districts on offer, polling 6.8 million votes (59.9 per cent).

They will go ahead and usher in sweeping changes like making amendments in the constitution, waiving off president's term. This also means tighter control over the police force and the judiciary.

Going forward, the Rajapaksa's will control the legislature, the executive, and the judiciary. However, a strong Rajapaksa duo means means balance and a more India-friendly Sri Lanka.

Prime Minister Narendra Modi was among the first world leaders to congratulate Mahinda on the outcome of the elections and said the two sides will work together to further advance all areas of bilateral cooperation and to take their special ties to ever newer heights.

Thank you, Prime Minister @PresRajapaksa! It was a pleasure to speak to you. Once again, many congratulations. We will work together to further advance all areas of bilateral cooperation and to take our special ties to ever newer heights. https://t.co/123ahoxlMo

"Thank you PM @narendramodi for your congratulatory phone call. With the strong support of the people of #SriLanka, I look forward to working with you closely to further enhance the long-standing cooperation between our two countries. Sri Lanka & India are friends & relations," Mahinda tweeted.

Last November, India's external Jaishankar flew down to Colombo to wish Gotabaya right after his presidential win and he visited India 10 days after his election. This sense of prioritisation hints at strengthening of bilaternal ties.

Last year, the bilateral trade between the two countries amounted to 4.59 billion dollars. India is Sri Lanka's largest trading partner and also one of the largest contributors to FDI In Sri Lanka.

Colombo needs India not just for trade, but also for security, for counter-terrorism. Gotabaya Rajapaksa was the defence minister during Sri Lankan civil war because of which he understands India's importance.

India too benefits from a good bilateral relation with Sri Lanka and it needs to be in Colombo's good books more than ever. It is mainly because of three reasons: to balance a China-leaning neighbourhood, it plays an important part in India's ambitious ramayana circuit, and India cannot ignore the people-to-people relations between Colombo and New Delhi.

The southern belt of India is sentimentally attached to Sri Lankan Tamils. There are more than 22 lakh people in Sri Lanka who speak Tamil. The north and eastern belt of the country closely relate to India.

Therefore, the results of the Sri Lankan polls are an opportunity for India.