Welcome to Pakistan: A state where murder in courtroom is celebrated 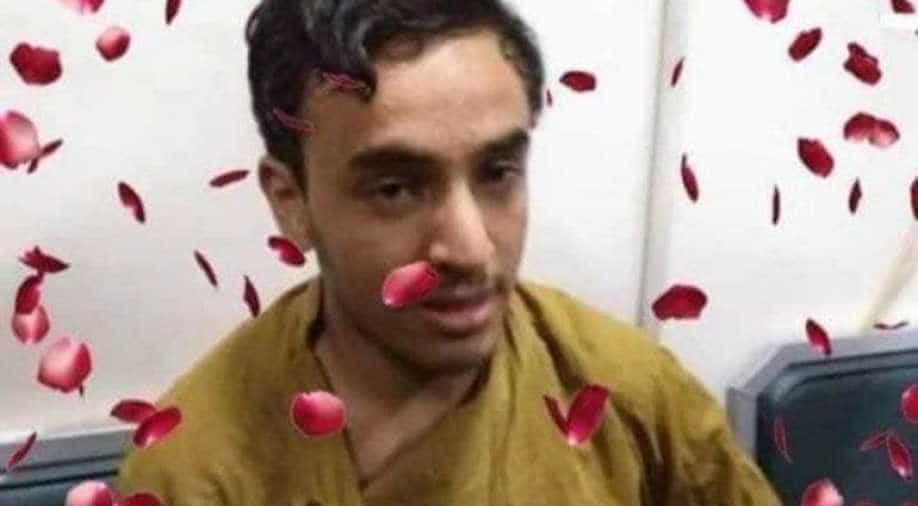 There are virtual rose petals being showered on him and called as 'Aashiq-e-Rasool' (Lover of the Prophet). Even Pakistani leaders are singing praises for this young man

Take a look at Pakistan's new youth icon, national hero: Khalid Khan. He is literally being lionised as social media is flooded with the image of Khalid with a lion in the background.

There are virtual rose petals being showered on him and called as 'Aashiq-e-Rasool' (Lover of the Prophet). Even Pakistani leaders are singing praises for this young man.

The reason being Khalid receiving so much love and affection is because he killed a man, inside a Peshawar courtroom, in front of a judge on Wednesday afternoon.

The man who was murdered is Tahir Ahmad Naseem, a US citizen. Tahir was formerly as Ahmadiyya Muslim, the most persecuted community in Pakistan.

He was booked for blasphemy in 2018 for allegedly claiming to be the ''last prophet of Islam".

Reports suggest he was mentally ill and the law under which he was booked could have given him death sentence anyway.

However, none of this matters in Pakistan.

In Pakistan, an act of blasphemy risks a violent and bloody death at the hands of vigilantes.

Visuals tell us that a man was killed inside a courtroom before his trial ended and Pakistan is celebrating this killing.

These instances speak for themselves what decades of religious polarisation could do.

Many such religious groups in Pakistan have routinely abused blasphemy laws to target the Ahmadiyya community and minorities.

Earlier this month, a Christian man was gunned down in Peshawar because he bought a house in a Muslim neighbourhood.

Another Christian man, a pastor and his wife, who were accused of land grab, were beaten and driven away by their Muslim neighbours in a village in eastern Punjab.

If this looks appalling, then how can one describe Shahbaz Bhatti's killing.

He was the only Christian in the Pakistan cabinet till 2011, who was shot dead by extremists for criticising blasphemy laws.

If a minister faces such violence, forget about the security of a common man.

Let's look at some of the facts.

Since 1987, more than 1,500 people in Pakistan have been accused of blasphemy.

Nearly 50 per cent of these accused belong to the minority communities, despite the fact that minorities make up only three per cent of Pakistan's total population.

A US watchdog on religious freedom estimates that at least 80 individuals remain in Pakistani prisons on blasphemy charges and around half of them face a life sentence or the death penalty.

Many of these cases don't reach their logical conclusion as extremists like Khalid take matters into their own hands and then declared national heroes.