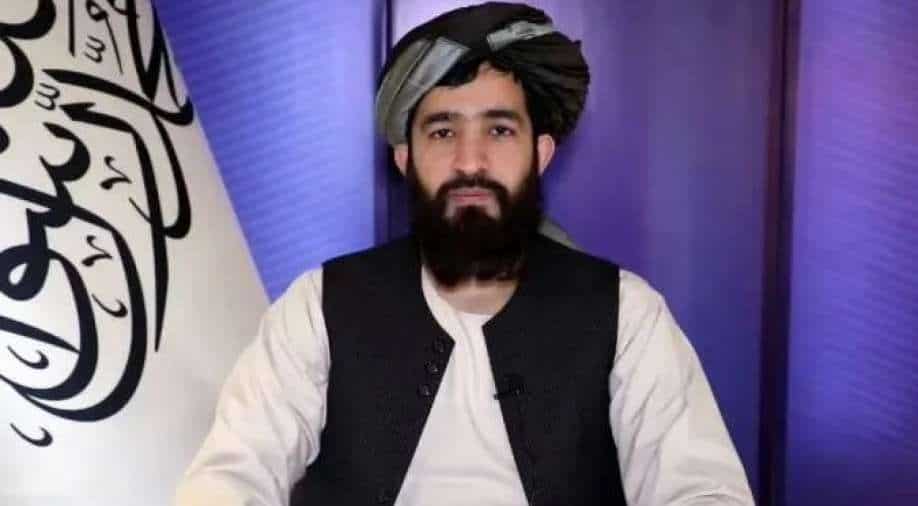 In his first-ever interview with an Indian media organisation, Taliban foreign ministry spokesman Abdul Qahar Balkhi has said that the Taliban have "open communication channels with India'.

Speaking to WION’s Principal Diplomatic Correspondent, Sidhant Sibal, Balkhi said India can "at least open consular section of the embassy in line with the international practices" in Kabul because "we live in an inter-connected world where world citizens, especially Afghans who have suffered from four-decade war need to address their education, medical, business and other needs."

Notably, India closed its embassy after the Taliban took over Afghanistan in August last year. But despite that, India has sent wheat and vaccines to Afghan people in the past few months.

New Delhi had committed to provide 50,000 MT of wheat to Afghanistan, which was sent overland via Pakistan.

On Afghan students keen to go back to India to complete education, the Taliban foreign ministry spokesman said that they have requested “India to provide them with necessary facilities to help them return to complete their courses.”

WION: How do you see the ties with India?

Abdul Qahar Balkhi: We seek positive relations with all countries, including India, based on mutual respect and interests.

WION: Have you been in touch with the Indian side? If yes, then how many times. Both India and the Taliban have had two meetings publicly, which is known

Abdul Qahar Balkhi: We have open communication channels with India and have met with their representatives on multiple occasions.

WION: India supplied wheat and vaccines to the Afghan people, how do you see this gesture?

Abdul Qahar Balkhi: We appreciate the humanitarian assistance provided to the Afghan people by India and see it as a goodwill gesture towards Afghanistan.

WION: How were the modalities of wheat discussed? Did you request India?

Abdul Qahar Balkhi: India offered to provide wheat as Afghanistan faced a challenging winter due to international sanctions. We will always remember those who helped Afghanistan in times of our need.

WION: What is your view on the Chabahar port, whose one of the key aims is to connect India with Afghanistan?

WION: How are the Indian projects in Afghanistan, like the India-Afghanistan friendship dam, or other community projects faring.

Abdul Qahar Balkhi: All projects whether by India or otherwise that serve the interests of the Afghan people are being maintained and those that are left half-done, we urge all countries, including India, to complete them to enhance friendship between our nations and prevent investments from going to waste.

WION: Are you looking forward to the day India opens its mission in Kabul? Have you requested New Delhi in this regard during any of the conversations that have taken place?

Abdul Qahar Balkhi: Yes, the Government of Afghanistan has urged all countries to reopen their embassies in order to address mutual interests and concerns via direct channels in a timely manner. But if they have reservations about complete re-openings, they can at least consider opening the consular section of the embassy in line with international practices, because we live in an inter-connected world where world citizens, especially Afghans who have suffered from the four-decade war need to address their education, medical, business and other needs.

WION: How are the people-to-people relations? A number of Afghan students are keen to come back to India.

Abdul Qahar Balkhi: For the better part of history, both nations and peoples have had good relations, and the current Government of Afghanistan continues to believe in maintaining positive relations with India. There are thousands of Afghan students who are either at the beginning of their academic year or in the last semester who have been unable to finish their studies. We have requested India to provide them with the necessary facilities to return to complete their courses.

WION: Many believe that since the Taliban enjoy close ties with Pakistan, it would be extremely difficult to have as good ties with India

Abdul Qahar Balkhi: This concept is not based on real-world practices. Having good relations with two countries that themselves have troubled relations among themselves does not mean a third country cannot maintain positive relations with both at the same time, especially in a country like Afghanistan where the foreign policy of the new government follows the principle of balance and neutrality.

WION: The safety of Afghan Sikhs and Hindus has been a pressing issue. Many see India as their second home. Are the minorities safe in Afghanistan?

Abdul Qahar Balkhi:  The Sikh and Hindu community in Afghanistan are safer now than they have ever been during the last two decades. The new Government of Afghanistan has guaranteed and protected the rights of all minorities, and has even returned land and property to Sikh and Hindu Afghan nationals who were usurped by the warlords in the last 20-years. To that end, we call on all Afghans irrespective of beliefs and political affiliation that have left the country to return and contribute to the rebuilding of their own homeland.