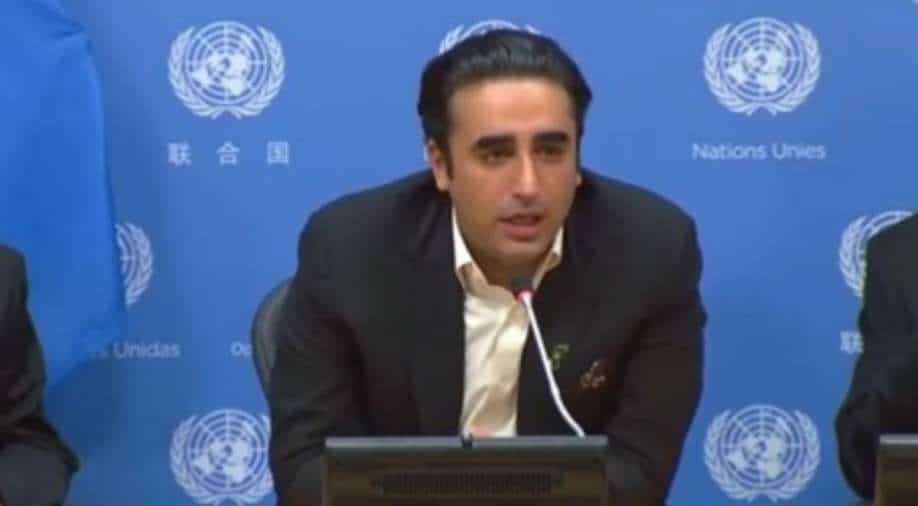 “As far as the former Prime Minister’s trip to Russia, I would absolutely defend the former prime minister of Pakistan. Pakistan's prime minister conducted that trip as part of his foreign policy and without knowing that — no one is psychic, no one has a sixth sense — there’s no way we could have possibly known that that would be the time the current conflict will start,” said Bilwal Bhutto-Zardari. He is on his maiden US visit.He was speaking at a press conference at United Nations headquarters on Thursday (May 20).

Imran Khan, who has been ousted from his office recently, had fired major salvos at US in his last days in the office. He had alleged a 'foreign conspiracy' to oust him. He mentioned US later on. He even said that he had documentary evidence of the conspiracy but was never able to come up with credible proof which supported his claims beyond doubt.

Bilwal Bhutto-Zardari's US visit is being seen by many as a damage-control exercise after Imran Khan's constant tirade against the US, which has been an ally of Pakistan right from Cold War years.

Analysts have said they do not expect the United States to seek a significant broadening of ties with Pakistan`s new government, but to remain mostly focused on security cooperation, especially on counterterrorism and Afghanistan.

State Department spokesperson Ned Price said in a statement on Wednesday after Blinken and Bhutto-Zardari met that the pair affirmed a "shared desire for a strong and prosperous bilateral relationship."