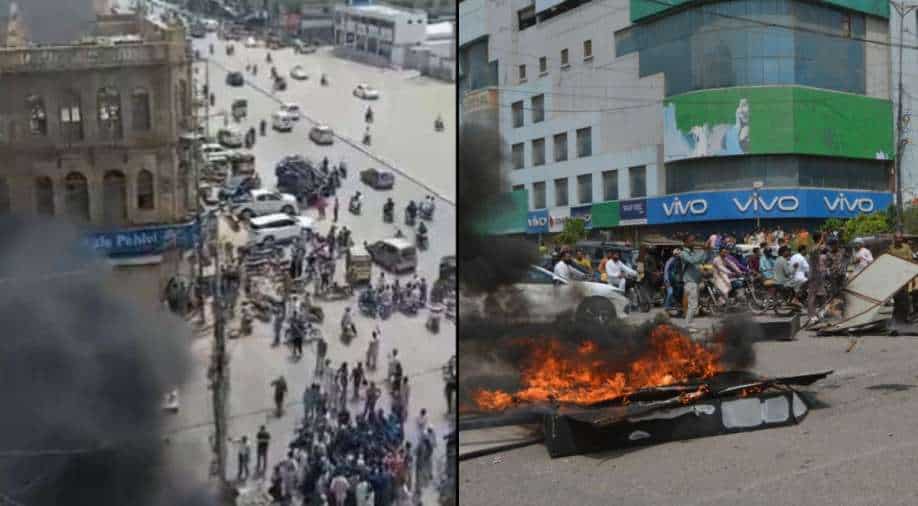 Samsung Pakistan said in a statement that it remained unbiased regarding religious views in response to the protests.

Protests broke out in Karachi, Pakistan, after WiFi gadgets put at a mall were said to have broadcast remarks disparaging the Prophet Muhammad's companions. A mob defaced Samsung billboards and charged the multinational company with blasphemy.Following the protests, the Karachi Police reportedly cut off all WiFi equipment and detained more than 20 mobile phone company personnel, according to the Dawn newspaper.

The device that reportedly played a blasphemous comment was also confiscated by the authorities.

A "blasphemous QR code" was reportedly introduced by Samsung, according to allegations of protesters.

Samsung Pakistan said in a statement that it remained unbiased regarding religious views in response to the protests.

Human rights organisations claim that Pakistani blasphemy laws are frequently used, even against Muslims, to settle personal disputes or to oppress minorities. In Pakistan, almost everybody who speaks out against blasphemy laws and procedures runs the risk of being the victim of lynchings or public vigilantism.

In Pakistan, blasphemy laws have resulted in arrests and death sentences dating back to the late 1980s and early 1990s. People have been slain by criminals who believed the suspects were guilty or put in jail while they wait for a verdict. Many others contend that the law, as it was established during the military rule of General Zia-ul Haq in the 1980s, was actually taken directly from the Koran and is therefore not human-made. Pakistan was split after Salman Taseer, the governor of Punjab and a well-known opponent of the law, was killed by his bodyguard in 2011. Some people hailed Taseer's killer as a hero.