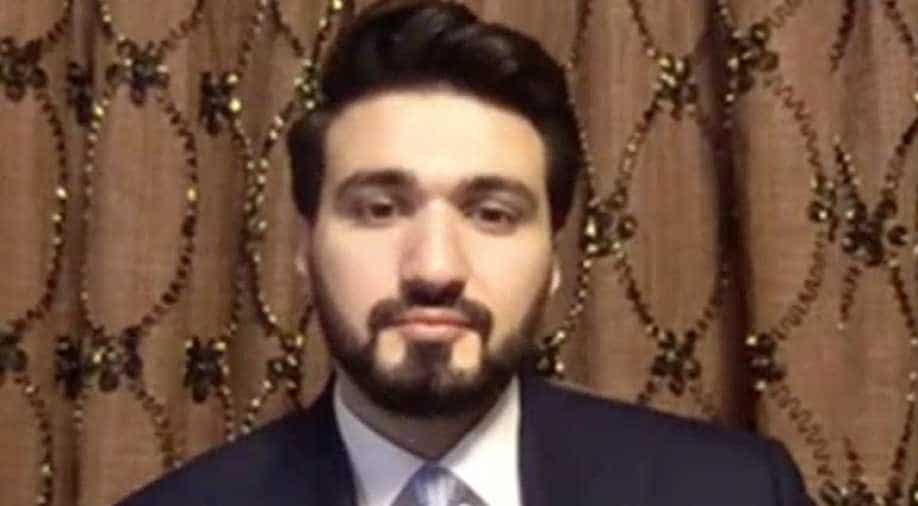 Speaking to our Principal Diplomatic correspondent Sidhant Sibal from Kabul, Khalid said, Taliban knows Afghanistan has changed but 'We have to see if they really mean that during negotiations'.

Khalid Noor, 25, is the youngest member of the Afghan Negotiating team that will sit with the Taliban in the near future to draw out the peace plan for Afghanistan.

Speaking to our Principal Diplomatic correspondent Sidhant Sibal from Kabul, Khalid said, Taliban knows Afghanistan has changed but "We have to see if they really mean that during negotiations".

He said, his "vision for his country is peaceful, independent and democratic Afghanistan". He also called India's role in the Afghan peace process a crucial one.

Khalid's father Atta Muhammad Noor, a powerful Afghan politician had in 2016 took up the gun himself to protect the Indian consulate in Mazar-e-Sharif during a terror attack.

WION: Afghanistan is an old nation, with a young population. We see more young people in public policy. What is your vision for Afghanistan?

Khalid Noor: Afghanistan has been at war for more than 4 decades. My people have been suffering for a generation. However, we are proud of our resilience. One-fourth of my generation, one-fourth of the country's population have been born during the war. This has made us strong and committed to rebuilding Afghanistan.

Post 9/11 a new society and a new generation has emerged. A  generation that is well equipped with the latest knowledge and technology and indeed, there are more young people in a senior position and decision-making process in the country. For the first time, in a long time, the country is to young people in terms of jobs. My vision for my country is peaceful, independent and democratic Afghanistan--where there is human rights, where there is justice, where there is social justice, freedom, where we have rights of minorities, women rights. These are the values I envision for my country.

I can name places, the house of parliament, an iconic building in the capital city and the Salma dam which an infrastructure project. These are 2 simple and small contribution of India to Afghanistan. The most important part which I see, the scholarship which our young people receive from India. We have more than 65000 graduates in the last few years from India, most of whom received scholarships. Education is the greatest gift that one can give and India as a strategic and good partner of Afghanistan has helped in building the country. Our hearts are very close to each other.

WION: When you sit with the Taliban, along with your team, what will be your focus? Do you think, Taliban will be back like it was in 1996?

Khalid Noor: Taliban is misunderstanding reality on the ground. We have a strong govt, strong security force, strong institutions, a strong army in the country. Even if the Taliban tries to come to Afghanistan by force, they will face the national army and people Afghanistan and it will unrealistic to say that the Taliban came to Afghanistan the way they came in 1996.

When I go and when my team goes to the negotiating table we have a huge responsibility of conveying the message of our people, the message of new Afghanistan and defending the republic, the constitution of Afghanistan, especially the second chapter of constitution which is very important for us, that include human rights, women rights, the rights of minorities, freedom of expression, freedom of media, all these values we hold.

These are the things we will be taking our selves to the Taliban and on the table, we are giving a chance to the Taliban to reintegrate into the society and to come back and join the other Afghan fellows and have a good and peaceful life in the country.

WION: What is India's role in the Afghan peace process? Do you think, India should talk to the Taliban?

Khalid Noor: India as the key actor in the region, and also as an important partner of Afghanistan plays a very crucial role. A stable Afghanistan means a stable region, keeping this in mind, any peace deal should ensure the safety of the region and our allies and no one in the region, none of our neighbours should have any concerns regarding the peace deal. About India, as they have supported Afghanistan, Afghan govt, we expect India to keep on supporting the people of Afghanistan, Republic of Afghanistan and also support Afghan-led, Afghan-owned and Afghan controlled peace process.

WION:  As a member of the team, how has been your experiences in Moscow, Doha and Pakistan. Who do you think, are not for Afghanistan, a stable prosperous Afghanistan?

Khalid Noor: I have met the Taliban on several occasions. In Moscow, Doha and have attended conferences on peace in Afganistan, one in Pakistan. My experiences have been very good.

Meeting face to face with others helps us know the narratives, different narratives of this war. It is also important to build personal trust if you going for negotiations with Taliban, building trust is the most important so that both sides can trust each other and these dialogues have helped and other people know the Taliban better and also my personal experience, Taliban in Doha, we went there and showed Taliban the new face of Afghanistan and the new Afghanistan.

They were surprised. They said, we know Afghanistan has changed and we respect that. We have to see if they really meant that during negotiations.