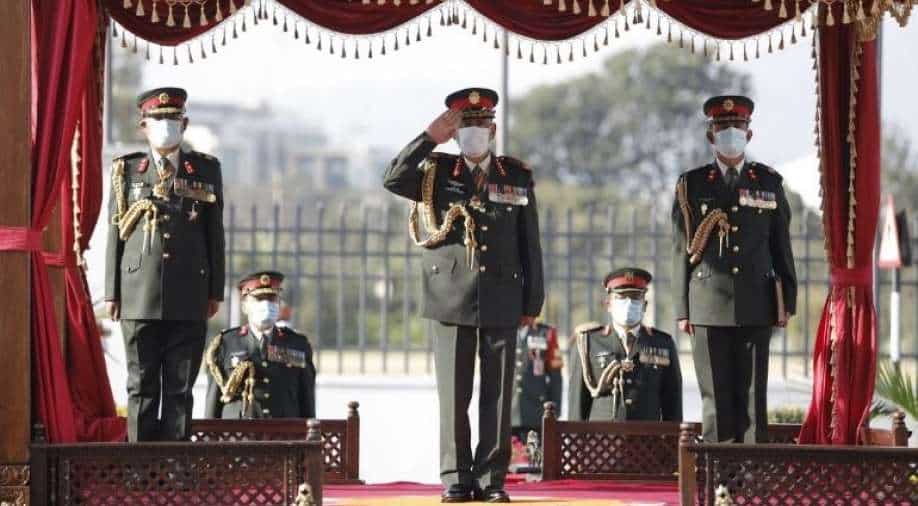 Nepal Army chief General Prabhuram Sharma departed for New Delhi on Tuesday on a four-day visit from November 9 to November 12. During the visit, he will be conferred the rank of an honorary General of the Indian Army.

During his visit to India, COAS General Sharma is scheduled to hold meetings with his Indian counterpart General Manoj Mukund Naravane.

According to sources, a proposal has been sent to Indian Defence Minister Rajnath Singh for a meeting with COAS General Sharma.

The Government of Nepal has approved the visit in response to an official invitation extended by General MM Naravane.

On November 8, a day prior to his departure, COAS General Sharma was accorded a Guard of Honor at the Nepal Army Headquarters in Bhadrakali.

Watch | Gravitas: The history of Anti-India sentiment in Nepal

Ambassador of India to Nepal, Vinaya Mohan Kwatra, General officers of the Nepali Army and residential Defence Attaches were present during his official farewell programme.

During the army chief's absence, Vice COAS Lt Gen Bal Krishna Karki will be officiating COAS of the Nepali Army.