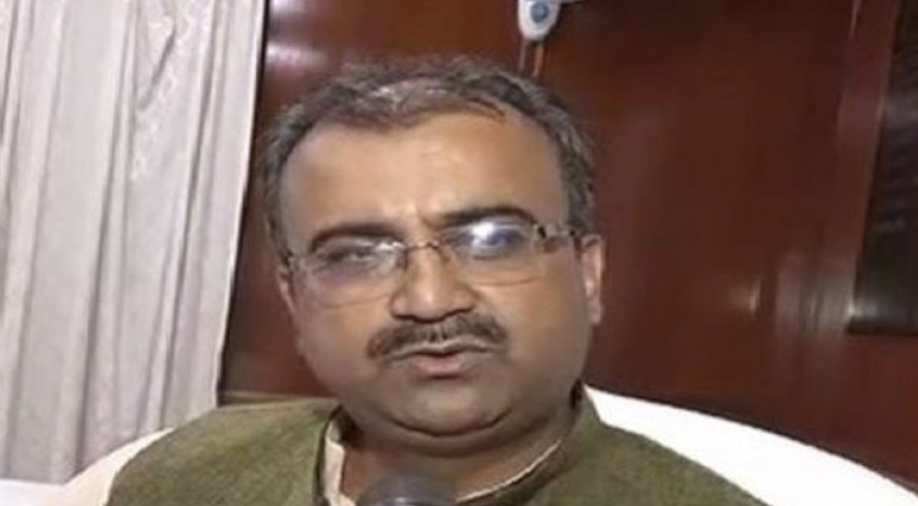 'The word which is used is `virgin`. It means unmarried girl, maiden. I don`t think these words are not objectionable. But still this issue is being raised,' Bihar health minister Mangal Pandey said. Photograph:( ANI )

After it was discovered on Wednesday that Patna's Indira Gandhi Institute of Medical Sciences (IGIMS) was asking employees to declare whether they were "virgins" or not and the number of wives they had, Bihar's health minister Mangal Pandey said on Thursday there was nothing wrong with the questions.

The word "virgin" means "unmarried girl, maiden", he said, adding that he did not think the words were objectionable.

"The word which is used is `virgin`. It means unmarried girl, maiden. I don`t think these words are objectionable. But still, this issue is being raised. I had a word with the officials of the IGIMS. They said that this is the format of AIIMS and since 1983, it is being used in every organisation of the country," the news agency ANI reported Pandey as saying.

Also read: Patna IGIMS asks employees to declare if they're virgin, how many wives they have

ANI reported Pandey as saying the form had asked the questions for 34 years.

ANI reported Mandal as saying on Wednesday that the term "virgin" did not have anything to do with virginity, but with marital status.

Taliban prohibit Afghan women from using gyms and public baths, days after banning them from parks