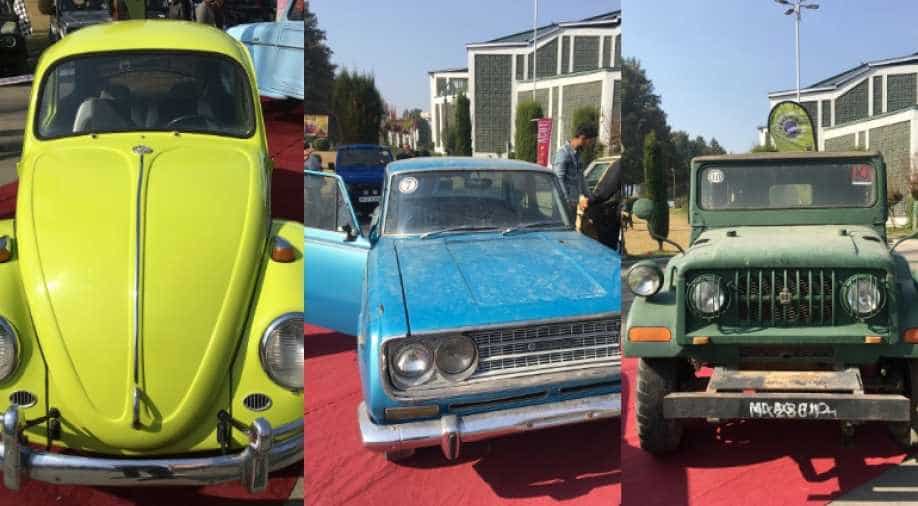 As the security situation in the valley is improving slowly, a first of its kind vintage car and bike show was organised on the banks of picturesque Dal Lake with an aim to give people a glimpse of the past.

Enthusiasts brought out their vintage, classic and off-road, cars and bikes after years on the streets of Srinagar which are dotted with autumn leaves.

What caught the eye of the most people, was the Morris Minor 1952. In 1953 it was purchased by Haji Mohammad Abdullah from Delhi for just 5000 rupees. The car was manufactured in London and later shipped to India, which was a herculean task back then.

"Today, I and my car find a relation. We sort of understand each other; it's my best friend. This car was exported from Oxford through a ship and later from Delhi, it reached here," says Humayun Abdullah.

It took Abdullah's family almost a year to restore the Morris after it suffered heavy damage in floods which hit Kashmir in 2014. The car is now passing on to the next generation. His grandson, Humayun says that this car finds a strange relationship with the family.

Jammu and Kashmir state-owned Mercedes Benz's which was among the first automatic car in the valley was also put on display. The car was the ride for many prominent leaders of India including the first Prime Minister Jawaharlal Nehru during his visit to the valley.

Among the other cars, Nissan Jonga which was extensively used by the Russian forces, Volkswagen Beetle, also known as the 'love bug', attracted the spectators.

"We saw people with nice vintage cars, we went and met them personally, all of them were convinced to take part in this event," said Farah Zaidi, the co-founder of Kashmir Off-Road.

Jammu and Kashmir rank second across India in the tally of road accidents per 10,000 vehicles with an average of over 900 deaths every year.

The event also gave an opportunity to the people of the valley to come out of their homes and enjoy the glimpse of the past. Activities like these are rare in the valley since the Pakistan sponsored terrorism broke out, shutting cinemas and other recreational activities.